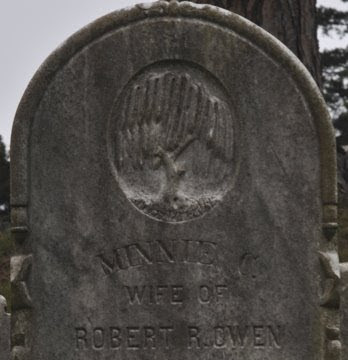 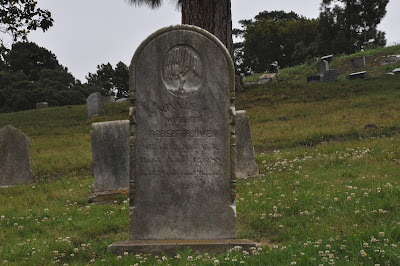 Although the form of the weeping willow certainly suggests grief and sorrow, in many religions it suggest immortality. In Christianity it is associated with the gospel of Christ because the tree will flourish and remain whole no matter how many branches are cut off. The willow and urn motif was one of the most popular gravestone decorations of the late eighteenth and early nineteenth centuries. The willow is also frequently paired with other cemetery symbols such as lambs and crosses.

The center of some lodges in the Far East is known as the "City of Willows," which is an abode of immortality. In Taoist folklore, graves of mythological figures are dug beneath willow trees.

--- from Douglas Keister's "Stories in Stone."

Other sources cite mythological sources for the weeping willow, mainly the story of the underworld goddess Persephone to whom the willow was sacred. The story of Orpheus is also cited, who brought along a willow branch to the underworld.
Posted by Michael at 5:33 PM