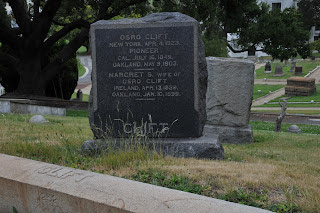 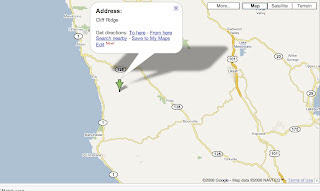 Osro Clift was born in Orleans county, New York on April 4, 1823. At the age of 19, he left for an entire year on the whaling ship Dr. Franklin. Shortly after his return, he boarded the whaling ship Phocion for thirty-one months.

After years sailing in the West Indies and Europe, Clift landed in New Orleans where he worked as a police officer for six months. After surviving a bout of cholera in Panama, Clift sailed on the steamer California, and arrived in San Francisco on July 16, 1849. Upon his arrival, Clift headed for the Stockton mining district, but he only stayed for four weeks before setting off to sail the local bays and waterways.

In 1850, the ever-restless Clift went to San Rafael where he built one of the first homes in the area. Again, he didn’t stay long, and after three months he took the helm of the schooner Londressa, serving as both Mate and Captain. After brief stints in Benicia, Corte Madera, and Lagunitus, he settled in Mendocino County where he raised cattle and sheep on 2,040 acres of land.

Cliff Ridge in Mendocino County is named for Clift. It’s on the site where he had bought his ranch property. The U.S. Board on Geographic Names rejected the name “Clift Ridge” and renamed it “Cliff Ridge.”