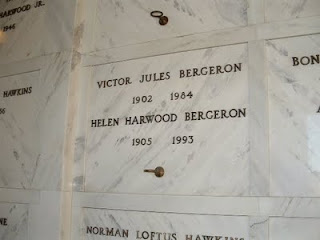 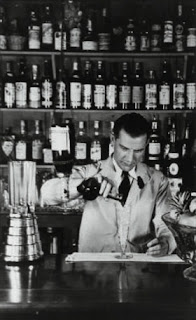 October 12, 2009 marks the 25th anniversary of the death of San Francisco's legendary Trader Vic. The San Francisco Chronicle remembered him today by republishing this obituary:

His death came a few weeks before the 50th anniversary of the founding of his multimillion-dollar food and drink empire, which now includes more than a score of restaurants and a wholesale fine-foods business nationwide.

Mr. Bergeron entered the restaurant business on Nov. 17, 1934, borrowing $500 to open Hinky Dink's, a hole-in-the-wall food-and-beer joint at 65th Street and San Pablo in Oakland. At Hinky Dink's, he began a lifelong habit of inventing and improving his version of South Seas food - basically Cantonese cooking. And it was there that he invented the rum-flavored drinks that became world famous. They had such names as "Missionary's Revenge," "Sufferin' Bastard," and "Mai Tai," which means "the very best" in Tahitian.

A born promoter, he "sang and even let customers stick an ice pick in my wooden leg" to get customers in those early days of the Depression.

The Trader Vic nickname was given to him by his first wife, Esther, because of his habit of swapping meals and drinks for supplies and services. It was not until 1951 that he opened his San Francisco outlet when he converted an abandoned garage at 20 Cosmo Place into the business that still attracts the Bay Area's rich and famous night after night.

Contrary to a legend that he encouraged, he was neither born on a tiny South Pacific Island nor did he lose his leg to a shark. Mr. Bergeron was a San Francisco native. Doctors amputated his left leg when he was 6 to prevent his death from tuberculosis of the knee.

This obituary appeared in the San Francisco Chronicle and can be viewed HERE. 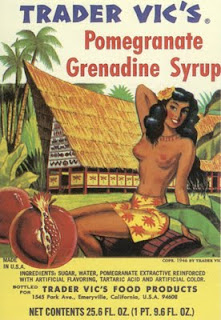 Subscribe to Michael Colbruno's Mountain View Cemetery Bio Tour by Email
Posted by Michael at 11:11 AM No comments: