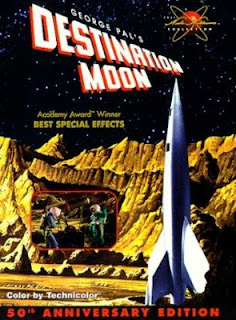 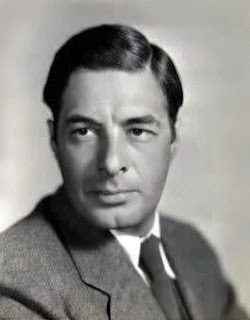 THE STITT WILSON HOME IN BERKELEY 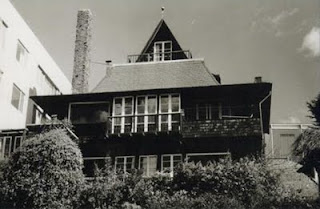 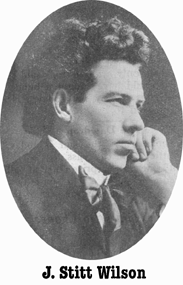 THE WILSON FAMILY PLOT WITH NO GRAVE MARKERS 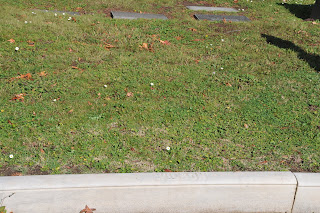 The Wilson family plot: Buried here is Jackson Stitt Wilson, the socialist Mayor of Berkeley, died 1942; Violette Wilson, a noted B-actress, died 1964; and, Irving Pichel, an actor and director who was blacklisted, died 1954

Irving Pichel (1891-1954), was an American actor, and film director. His name is pronounced "Pitch-ell." He was born in Pittsburgh, Pennsylvania on June 24, 1891. He graduated from Harvard University and married Violette Wilson, daughter of Jackson Stitt Wilson [see below].

Among his most notable roles as an actor were the servant Sandor in “Dracula's Daughter,” Fagin in the 1933 adaptation of “Oliver Twist,” and Huger in “Jezebel.”

He directed several well-regarded films, including “The Miracle of the Bells,” “Mr. Peabody and the Mermaid,” “Tomorrow is Forever” and “Destination Moon.” “Destination Moon” became something of a Sci-Fi classic and won an Oscar for Best Special Effects and a “Best Crime or Adventure” award at the Berlin Film Festival. You can watch the entire movie by clicking HERE.

Pichel is credited with the discovery of actress Natalie Wood and character actor Charles Lane. His voice was heard as the narrator in “How Green Was My Valley” and the voice of Jesus in “The Great Commandment.” By the mid 1940s, Pichel played small parts in several of the films that he directed, performed on radio, and was the narrator of John Ford's “She Wore a Yellow Ribbon." His last films as a director were “Santa Fe” with Randolph Scott in 1951 and two sectarian church-basement favorites, “Martin Luther” in 1953, and “Day of Triumph” in 1954.

On July 13, 1954, Pichel died of a major heart attack just a week after completing Day of Triumph.

J. Stitt Wilson (he went by his middle name) was born in Canada on March 19, 1868, the son of devout Methodist parents. He emigrated to the U.S. in 1888, settling in Evanston, Illinois and attending Northwestern University, working after graduation as a schoolmaster and for a law firm. Wilson later decided to enter the Methodist ministry, enrolling at the theological seminary at Northwestern. Following completion of his schooling, Wilson worked for the next four years as a Methodist pastor and social worker in nearby Chicago.

Stitt Wilson was a delegate from California to the 1904, 1910, and 1912 national conventions of the Socialist Party. At that 1912 gathering Wilson joined with Ernest Untermann, Joshua Wanhope, and Robert Hunter as a majority of the Committee on Immigration in offering a resolution on immigration which was pro-exclusionary, backing the American Federation of Labor in its desire to stop manufacturers from importing cheap, non-union labor from the Far East.This proposal, primarily written by Untermann and Wanhope, was effectively killed by the convention on a motion by Charles Solomon of New York not to receive the committee's report, but rather to hold the matter open for investigation and decision by the next convention.

Before he became mayor of Berkeley, Wilson ran for governor of California in 1910 on the Socialist ticket and received 12% of the votes cast. Wilson was elected Mayor of Berkeley in 1911 to a two-year term but declined to run for re-election. Instead, he was elected to the governing National Executive Committee of the SP in 1914.

During the Great Depression, Wilson was appointed to the California State Relief Commission. In 1932, he was the Socialist candidate for the Congressional district which included Berkeley (7th), and in 1936 and 1940, he was a delegate to the Democratic Party convention.

Wilson was married to Emma Agnew and had four children. His two sons were William Gladstone and Melnotte. His two daughters, Gladys Viola and Violette, both went into show business. Gladys took the stage name "Viola Barry". Wilson lived at 1745 Highland Place in Berkeley in a house designed by Mountain View Cemetery denizen Bernard Maybeck.

Violette Wilson (1896-1964) was born in Illinois. She was an actress in a number of B-movies, including "The Moon Is Down" and "Woman Against the World."
Posted by Michael at 8:16 PM No comments: 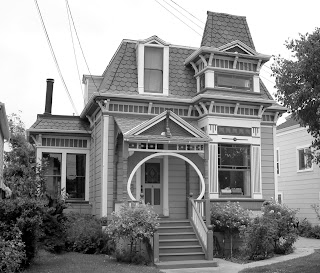 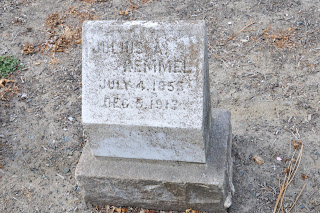 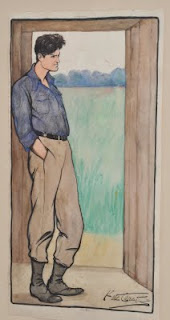 D.W. GRIFFITH AND THE GISH GIRLS 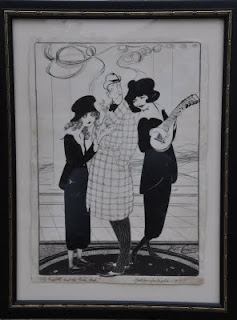 Mary Williams (pseudonym "Kate Carew") was born in 1869 in Oakland, CA. Daughter of Robert Neil Williams, a mining engineer, Mary attended San Francisco School of Design. In 1889 she worked as one of seventeen staff illustrators for the San Francisco Examiner. By 1890 she and her husband Harrie Kellett Chambers had moved to New York where Mary landed a position with Joseph Pulitzer's New York World providing illustrated interviews with caricatures of the rich and famous which she signed "Kate Carew." In 1901 Pulitzer sent her to Europe for a series of interviews titled "Kate Carew Abroad." Read more here