For a great biography on Gideon Aughinbaugh, read the article by local historian and Mountain View Cemetery docent Dennis Evanosky at: http://www.alamedasun.com/index.php?option=com_content&task=view&id=3036&Itemid=14 Subscribe to Michael Colbruno's Mountain View Cemetery Bio Tour by Email
Posted by Michael at 5:56 AM No comments:

View Through the Trees [Photo by Michael Colbruno; click on photo for larger view]

Subscribe to Michael Colbruno's Mountain View Cemetery Bio Tour by Email
Posted by Michael at 5:25 AM No comments: 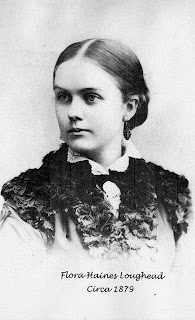