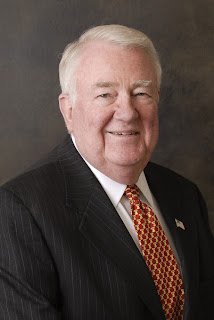 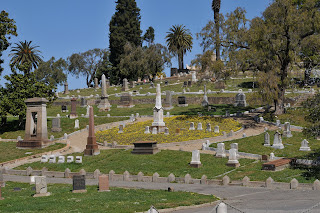 Hermann Meese (1826-1912) was born in Hanover, Germany and moved to New Orleans in 1848. After a brief stint in St. Louis, he headed for California and settled in San Francisco where he initially worked as a building contractor.

In 1864, he began work at the Bay Sugar Refinery where he served as President from 1865-1879. He also was in the wine business and founded the United Anaheim Wine Growers’ Association.

He married his wife Anna Margarethe Waldman in 1853 in San Francisco. They had six sons and one daughter, Constant, Edwin, Walter, Hermann, Emma, Gustav and Adolph.

Cornelia Meese (1859-1961) was the wife of Edwin Meese, mother of Edwin Meese, Jr. (1896- 1985 ) and grandmother of U.S. Attorney General Edwin Meese III (born 1931). She was born to Dutch parents in Grand Rapids, Michigan two years before the start of the American Civil War. Her brother Michael fought for the Union forces. The Meese’s moved to Oakland in 1882 after paying a visit to her father-in-law Herman Meese. A few years after her husband’s death in 1933 she moved to San Francisco to live with her daughter.

Edwin Meese (1857-1933) was an insurance broker who served on the Oakland City Council and as Oakland City Treasurer. He was born in San Francisco, but lived for 54 years in Oakland.

Edwin Meese, Jr. (1896-1985) is the father of former United States Attorney General Edwin Meese III. He was a World War I veteran who went on to serve six terms as Treasurer-Tax Collector of Alameda County. Mr. Meese liked to tell the story of an angry taxpayer who once threw his shirt on Meese's desk, saying ``You've taken everything else, you might as well have my shirt!''