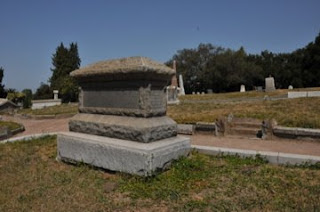 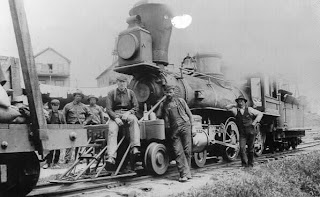 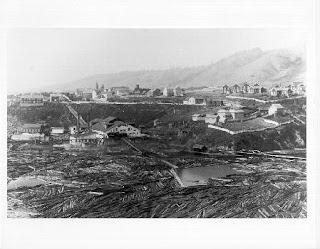 James Townsend (1830-1900) was a pioneer lumberman who was the superintendent of the L.E. White Lumber Company in Mendocino County. He arrived from Lowell, Massachusetts in the Gold Rush year of 1849. He sailed from Boston on April 5th aboard the Areatus around Cape Horn, arriving in San Francisco on September 22nd.

He dabbled in mining, but gave it up after having only minor success. He took off for the Sandwich Islands and returned in 1852, where he started working for G.M. Burnham’s saw mill in Woodside, California. In 1853, Townsend became the superintendent of the mill and soon opened his own mill nearby. Two years later, he moved to Mendocino County and continued his work as a superintendent of the Albion Mill and later the Noyo Mill.

In December 1859, he married Martha Milton and they had two sons, James and Fred.

In 1861, he began his association with Lorenzo E. White, working at a number of his business entities including the mill and the Salmon Creek Railroad Company. The home for the executives of the L.E. White Lumber Company is now the Elk Cove Inn, a bed and breakfast overlooking the Pacific Ocean.

Subscribe to Michael Colbruno's Mountain View Cemetery Bio Tour by Email
Posted by Michael at 11:39 AM