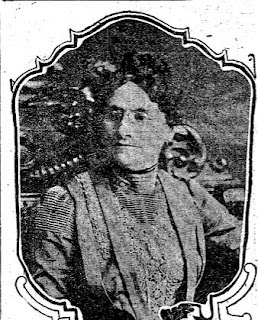 Dr. John Knox McLean was born in Jackson, N.Y. and graduated from the Princeton Theological Seminary in 1861. That same year he married Sarah Hawley of Salem, N.Y. and he was ordained pastor of the Congregational Church of Fairview, N.Y. He went on to pastor in Springfield, Illinois..

Fascinated by the Transcontinental Railroad and tales of the West, McLean visited California in 1871 and immediately fell in love with its splendors. In April 1872, the couple moved to Oakland, CA where he became pastor of the First Congregational Church in Oakland. He remained in that post until 1895. Under his leadership, church membership increased from 241 to 1183 and a new church had to built. In 1901, he became the President of the School of Religion.

He considered his important work his involvement with the Pacific Theological Seminary, where joined the Board of Trustees in 1873 and served as President from 1880-1910. McLean believed that in order for the Seminary to thrive, it needed to move from Oakland to Berkeley, where it could establish a close relationship with the University of California. In 1912, he was elected President Emeritus of the Seminary.

McLean became good friends with Mountain View Cemetery denizen Joseph Le Conte, founder of the Sierra Club. He became a charter member of the organization and even contributed to the Sierra Club Bulletin. He was known to camp on the banks of the McCloud River near Mt. Shasta. A lover of hiking, he was known to have climbed
mountains in the Alps, Sierra and Rocky Mountains.

In 1903, Governor George Pardee appointed McLean to the State Board of Charities and Corrections, where he was eventually elected chair. He was known to go directly to the Governor and plead for clemency if he believed that a young man had served enough time in prison. From 1887-1897, he was a Director of the State Institution for the Deaf, Dumb and Blind.

McLean was also a close friend of Susan B. Anthony and was a friend and supporter of the women’s suffrage movement. He became a strong advocate for the inclusion of women on the faculty at the University of California.

Sarah Knox McLean’s family, the Hawleys, were said to have played a major role in the American Revolutionary War. During the Spanish-American War she was the vice-president of the Red Cross and later became an organizer of the Women’s Board of Missions of the Pacific.

The cross on the gravesite is known as the Maclean’s Cross and is a replica of one from Iona, Argyleshire. It is the oldest Christian relic in Scotland, assigned to the period of St. Columba.
Posted by Michael at 7:19 AM

simply fascinating! I'm curious to know where you got the images of John and Sarah Knox McLean? Oakland Museum archives?