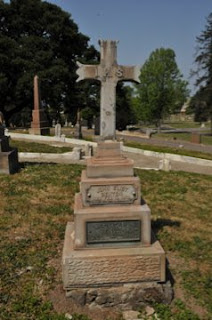 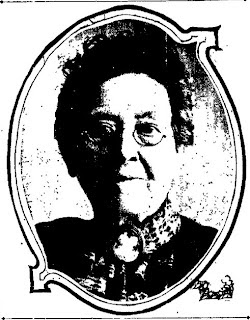 Mary Park Benton (1815-1910) was a noted artist, educator and activist. Born in Boston, she was educated in New York City and started her art education at the age of eight with drawing classes.

In 1855, she traveled to California to join her husband who had arrived three years earlier. She began teaching Sunday school and art classes to raise money for the church restoration.

She established a reputation as an outstanding painter of landscapes, portraits, still lifes and mission subjects. Benton and Abby Tyler Oakes (1823-1898) were the state's first two professional women artists.

In June 2006, her painting “Yosemite Valley” was stolen from the Pioneer Congregational Church in Sacramento, which was founded by her brother-in-law John Augustine Benton. The canvas was valued at $100,000. [UPDATE: A man who was helping his friend move out of his apartment near the UC Davis Medical Center saw the painting, which had been covered with a sheet. He recognized the painting from news reports and reported it to authorities. The man said that he had been robbed before and knew what it felt like, so he did "the right thing." The church now has the painting back.]

Her gravestone is made of zinc, which were primarily produced between 1874-1914 and were marketed as a cheaper and more durable alternative to marble.
Posted by Michael at 10:04 PM