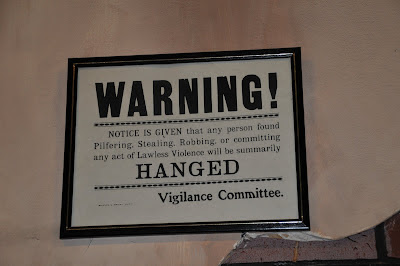 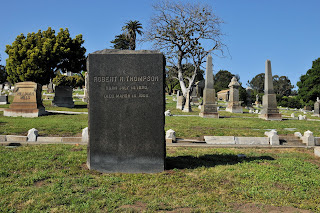 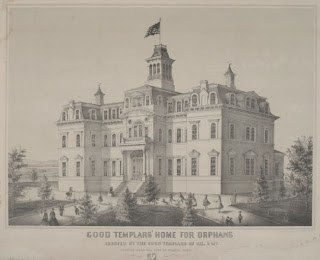 Robert Thompson (1820-1908) was born in Maine. His family were farmers who dated back to Colonial times in Massachusetts. Thompson left with about forty others on the schooner Thomas Walker and arrived in California in the Gold Rush year of 1849.

He initially lived in San Francisco before moving to Mokelumne Hill in Calaveras County where he worked as a judge of vigilantes during the excitement following the death of James King of William in San Francisco. His wife, Caroline Batchelder Thompson, was the first white woman in the county.

He was the vice-president of the Society of California Pioneers and founder of the Good Templars’ Home for Orphans in Vallejo. His wife was one of the managers of the orphanage. The orphanage operated from 1869-1919 and housed about 200 children annually.

The Thompson’s were outspoken advocates for temperance and active in the Prohibitionist Party.

Thompson was injured by a herd of cattle at the orphanage and was crippled permanently. He died there two years later and left his fortune to the institution.

Subscribe to Michael Colbruno's Mountain View Cemetery Bio Tour by Email
Posted by Michael at 4:47 AM