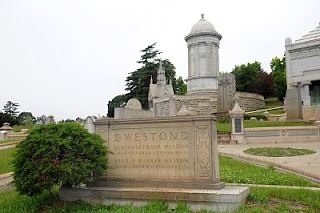 Benjamin Frank Weston was born in North Anson, Maine on December 3, 1849. His grandfather was one of the first settlers in Maine, having moved north from Massachusetts. His mother’s family came to Massachusetts on the Mayflower in 1620.

In the 1860s the Weston family moved to Milwaukee, Wisconsin to work in the lumber and logging business around the Great Lakes. He graduated from Northwestern University and then returned to enter the lumber and banking business with his father and older brother.

Around 1883 Weston married the former Abbie Bunker and moved to California, making his home in Oakland and Berkeley. He bought valuable logging property in Calaveras and Tuolomne counties and became a director of the North Coast Steamship Company. In 1886 he bought farmland in Santa Clara County, California, which became one of the largest and most profitable Bartlett pear orchards in California. Orchards replaced the short-lived grain industry in the area and grew to 100,000 acres by the turn of the century.
Posted by Michael at 10:42 AM

This is a wonderful blog!

Hi there, awesome site. I thought the topics you posted on were very interesting. I tried to add your RSS to my feed reader and it a few. take a look at it, hopefully I can add you and follow...