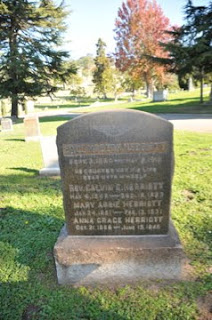 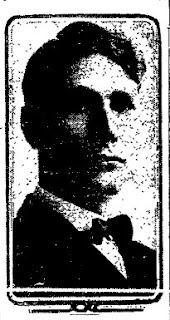 Paul Herriott was a rising politico and aviator who was killed in Fort Worth, Texas when his plane nosedived 150 feet to the ground. At the time of the accident, he was only 32 years old and unmarried. However, he had accomplished much in his brief life, having worked as a bricklayer, ranch hand, newspaper reporter covering the California Legislature, member of the State Board of Control, and assistant to United States Senator Hiram Johnson of California.

Herriott was born in Minnesota, graduated from the Portland Academy and the University of California at Berkeley, where he also played on the football team. Herriott enlisted in the Army and was assigned to the aviation division. The accident occurred only two weeks after he was enrolled in flight training.

Senator Johnson arranged to have Herriott buried at Washington D.C.’s Arlington National Cemetery, but the family insisted that he be buried in the state that he loved and near his family. His pallbearers included Speaker of the Assembly C.C. Young, Speaker of the Senate Ezra Decoto, Alameda County District Attorney E.D. Coblentz and his father, Reverend Calvin C. Herriott.

Subscribe to Michael Colbruno's Mountain View Cemetery Bio Tour by Email
Posted by Michael at 9:49 AM