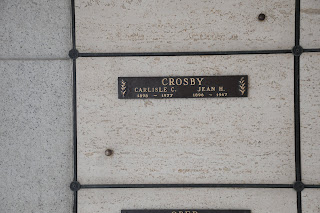 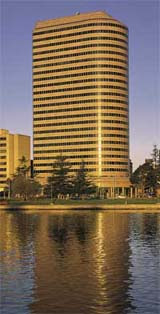 Carlisle Crosby was born in Fremont, California and went on to study across the Bay at Stanford University. While there, he met his first wife the former Jean Hall of Los Angeles.

In 1921, he was admitted to the California State Bar and joined his father’s law firm in Oakland. He would practice law for the next fifty years, except for a two-year stint as a deputy district attorney in 1923-1924. He devoted much of his career defending insurance companies.

In 1933, Carlisle Crosby’s father, Peter Crosby, Sr., was elected to the Alameda County Superior Court. His brother, Peter Crosby, Jr., replaced his father and the firm remained Crosby & Crosby. The firm eventually became known as Crosby, Heafey, Roach & May and was the largest law firm in the East Bay.