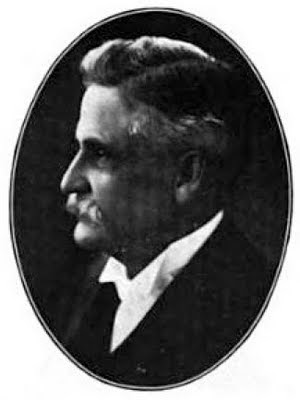 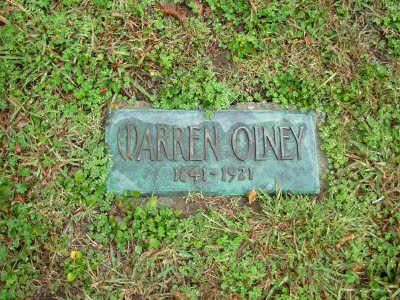 Olney was born in Davis County, Iowa on March 11, 1841. Raised in abject poverty and with little formal schooling, he learned his lessons well enough to become a teacher, superintendent of schools, and a college freshman, oddly enough, in that order. During that time, one of the students in his school was a young future western hero, Wyatt Earp.

Warren Olney was educated at the Baptist College at Pella, Iowa. He entered the Union Army as a private in 1861 and was discharged as a captain in 1865. He graduated from the University of Michigan Law School before coming to California in 1869, where he eventually became a senior partner in the law firm of Olney, Chickering, and Thomas at in San Francisco and president of the California Bar Association.

A “fusion” candidate for mayor of Oakland endorsed by the Republican, Democratic, and Municipal League parties, he beat his Union Labor Party candidate E.L. Blair by 5,609 to 4,947 votes, and served as mayor 1903-05. He was a “staunch advocate of municipal ownership of the water system and so far-seeing he predicted the bringing of Sierra water to Oakland, far in advance of its accomplishment.”

Olney was also an avid hiker and fisherman, who was familiar with the Sierra and Coastal mountains even before he met John Muir in 1889 through their mutual friend, William Keith, the eminent landscape painter. The three would meet first in Keith’s downtown San Francisco studio and later in Olney’s nearby law office to “talk about the mountains.”; The articles of incorporation of the Sierra Club were drawn up by Olney and signed in his office on June 4, 1892, with Muir as president and Olney first vice-president; Olney’s office served as headquarters during the first year of the Sierra Club’s existence. Among those who met at Olney’s office was Joseph LaConte, who is also buried at Mountain View Cemetery, as is William Keith.

He became a close personal friend of Muir, but broke with Muir and resigned from the Sierra Club over the issue of the fate of the Hetch Hetchy Valley, which he believed had to be sacrificed to assure municipal control of San Francisco’s water supply. Olney resigned from the organization in 1910, after seventeen years of personal leadership, when its membership voted 589 to 161 in opposition to the Hetch Hetchy project.

Olney had fought the private interests controlling the Bay Area’s water supply. He believed that the best way to remove that supply from private hands and place it in municipal ownership was for the city of San Francisco to acquire rights to the water of the Tuolumne River and to dam it where it passed through Hjetch Hetchy—a miniature Yosemite Valley—in the upper reaches of Yosemite National Park.

The ultimate victory of his Hetch Hetchy views hardly compensated for the painful loss of intimacy with Muir and others of whom he was deeply fond. There was one consolation. He’d helped establish the principle of forthright dissent among Club members—and had been instrumental in creating an organization that was to expand in significance for beyond his most hopeful dreams.

Warren Olney died of pneumonia on June 2, 1921 in Oakland.

(This bio compiled from Populists, Visionaries and Sefl-Promoters by David Nicolai, Wikipedia, Oakland Tribune and the Sierra Club website).
Posted by Michael at 5:46 PM