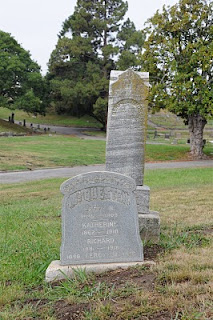 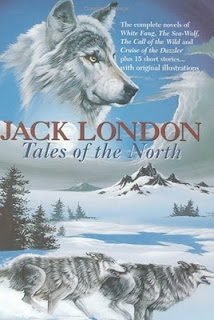 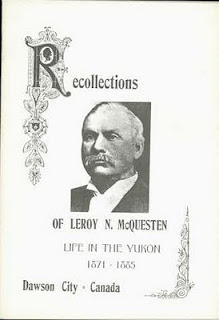 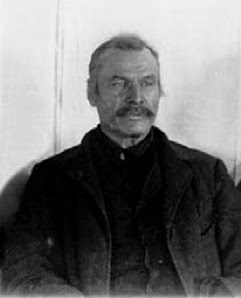 Three influential frontiersmen and prospectors had much to do with the early non-native settlement and development of the upper Yukon River basin in Alaska, Jack McQuesten, Al Mayo and Arthur Harper The traders grubstaked prospectors, giving them credit on their supplies until they could mine enough to pay off their bills. For over 20 years, they operated trading posts all along the Yukon River. In his lifetime McQuesten was known as “Cap’n Jack” but history has remembered him as “The Father of the Yukon.”

McQuesten and his two partners owed much to their First Nations wives, Koyukon women from the lower Yukon River. These women were true partners, at home in both cultures, who acted as links between First Nations people and the newcomers.

McQuesten was born in Maine but mostly grew up in Illinois. As a young man, he moved north and west, eventually becoming an employee of the Hudson’s Bay Company. After leaving the organization, he went into the fur trade on his own. In 1871 When McQuesten learned that the United States had purchased Alaska he headed to the Yukon to look for gold.

On August 15, 1873, McQuesten and his party, including Al Mayo, reached Fort Yukon by crossing the Mackenzie Mountains, and traveling the Bell and Porcupine Rivers. After a winter of trapping and hunting, McQuesten signed with the Alaska Commercial Company (A.C.Co.) at St. Michael, funding his prospecting by trading in the fur rich country.

Responding to a request from Catsah, chief of the “Trondick Indians”, McQuesten and a helper established Fort Reliance in 1874; the first trading post in Tr’ondëk Hwëch’in traditional territory. The Hän helped to put up the building and kept them supplied with meat all that winter.

The Fortymile and Sixtymile rivers were later named for their estimated distance from Fort Reliance.

McQuesten met his future wife Katharine (Satejdenalno) in 1874, who he married in 1878. Over the next 12 years, he worked at Fort Yukon, Tanana Station and other posts until he followed the miners to Forty Mile in 1887. When gold was discovered downriver at Birch Creek in 1892, McQuesten grubstaked half the miners who set off to check out the new area. When the new diggings proved even richer than Fortymile, McQuesten followed in 1894 and set up a store at Circle, Alaska.

In 1897, author Jack London met McQuesten at the Stewart River in the Yukon. The two exchanged stories and McQuesten allegedly became the inspiration for a character in “The Wife of a King.” McQuesten and his family moved to California in 1897 where he died in 1909.