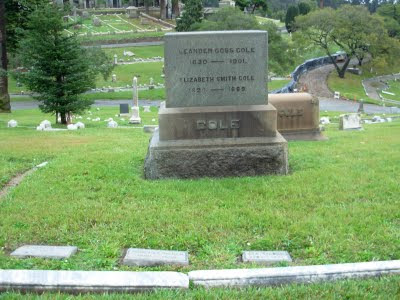 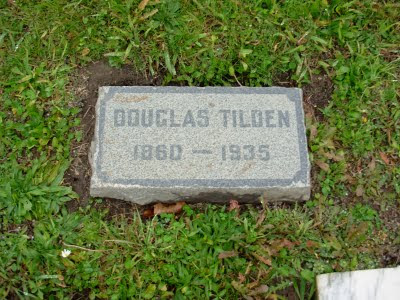 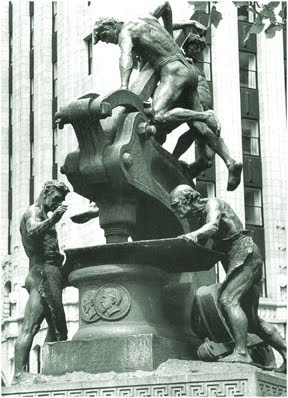 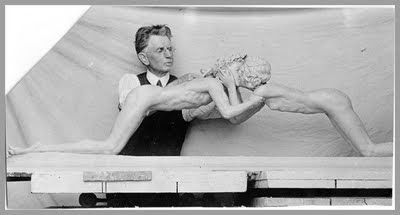 Born in Chico, California, on May 1, 1860, Tilden was the son of William Peregrine Tilden, M.D., and Catherine Hecox Tilden, who arrived in California from England in 1846. At age five, Douglas became ill with scarlet fever and became deaf-mute.

Two years later, he was enrolled in the California School for the Deaf, located at UC Berkeley. An honor student, Douglas graduated from the school in 1879, accepted a teaching position there, and stayed for eight years.

In the summer of 1883, he discovered the joys of sculpture. Tilden dreamed of studying in Paris and thanks to a grant of $600 per year from the Durham Fund, administered by the California School for the Deaf, Douglas embarked for Paris in May 1888. With his unorthodox, purely American motifs, Tilden was the first California-born sculptor to win recognition outside of the United States.

James Duval Phelan, during his three terms as mayor of San Francisco, appealed to the citizens to beautify the city by spending his own personal fortune for public works of art. Phelan commissioned Tilden to create the Admission Day Fountain (known today as the Native Son Monument). Another commission from James Phelan was Tilden’s monumental bronze likeness of Father Junipero Serra.

Though he married the beautiful Elizabeth Delano Cole in 1896, the relationship was strained and led to a divorce in 1926. Many historians believe that Tilden was gay. Historians and art critics alike have noted Tilden’s unusual penchant for portraying in his artwork --- almost exclusively --- muscular young men, often scantily clad or completely nude. The most prominent example is the Mechanics Monument on San Francisco’s Market Street, with its five near-nude machinists.

Other local examples of Tilden’s work include “The Tired Boxer” in the DeYoung Museum, “The Bear Hunt” (showing two loincloth-clad young Indian men fighting a bear) now at the School for the Deaf in Fremont, and “The Ball Player” (a tall, slender baseball player tensing before a pitch) now in Golden Gate Park. On the Berkeley campus, his portrayal of two young football players sharing a tender, bonding moment has been referred to as the “gay statue” from at least the 1970s.

In 1924 he moved to Hollywood to sculpt dinosaurs and other extinct animals for historical and educational films. The income enabled him to build a small studio in Berkeley where he created a number of plaster sculptures, took in private students, and continued to be interested and active in the deaf community.

In 1930, Tilden lost all hope for financial support when James Phelan died. He was forced to apply for welfare and lived in poverty for the remainder of his life.

Douglas Tilden died August 4, 1935 of an apparent heart attack. A deaf neighbor found him dead on the kitchen floor. Coroners estimated that he had been dead for two days. His memorial service at Mountain View Cemetery was performed in sign language by the Rev. George Gaertner, chaplain of the California School for the Deaf. Tilden is buried in the family plot of his ex-wife, the Coles.


[Bio excerpted from the Oakland Tribune, The Man and His Legacy, Wikipedia, Gay Bears and AskArt.com]