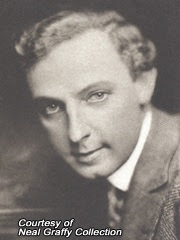 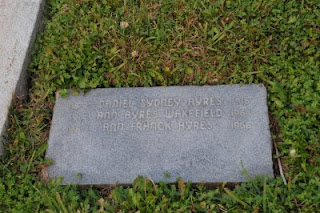 Sydney Ayres was a well-known and popular star of the stage and silent screen, before embarking on a career as a film director. He started his acting career in Oakland with the theater company of Lewis Morrison in a production of “Faust.”

At the time, Ayres was one of the biggest celebrities that Oakland had produced. He became a leading man at Ye Liberty Playhouse in Oakland before touring North America as a featured star on the famed Orpheum Theater circuit. He often performed works which he had written, as well as those by famed playwrights like David Belasco.

In 1912, he married Anna Franck, an attractive young woman from Oakland’s high society. His former wife accused him publicly of bigamy, claiming that their divorce had never been finalized. Ayres provided proof of his divorce and claimed that his ex-wife did not receive service of the divorce papers at either of her residences.

In 1915, Ayres was involved in a serious car accident while working on a film in Hollywood. He finished the project from a wheelchair with the assistance of his wife. Ayres ended up collapsing, prompting a newspaper to write that it was caused by “thrilling ‘movie’ scenes, overwork, an automobile wreck, and other motion picture experiences.”

Within a year Ayres was dead and the Oakland Tribune listed the cause of death as a “nervous breakdown.” [Wikipedia says Ayres died of complications from multiple sclerosis, but lists no source. I could find no substantiation of this claim.]

Hello! Love your blog; California history between 1870-1940 AND old/historical cemeteries have been a passion of mine since I was a child and 50-something years later, I still explore them whenever possible. As I live in Southern California, I have yet to be able to visit Mountain View, so your marvelous photos and interesting bios are dearly appreciated. Another passionate interest of mine is motion pictures from the beginning of the silent era to circa 1940. A quiet favorite of mine is Sydney Ayres. I am responsible his brief IMDb page biography from which Wikipedia derived its information. I have a copy of his death certificate and his cause of death is as described in the IMDb biography: paralysis associated with multiple sclerosis affecting the spinal cord. Hope this has been of some assistance to you. Keep up the wonderful work on your fascinating blog!