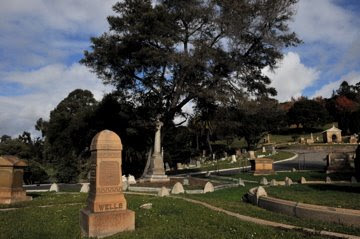 Reverend Samuel Taggart Wells was born in Greenfield, Massachusetts on August 6, 1809. At the age of six his family moved to the Genesee Valley in New York.

In 1834 he began studies at Union College in Schenectady, N.Y. He went on to study theology at Princeton Theological Seminary and received his clerical license in 1843.

In 1842, he married the former Catherine McPherson of Schenectady, New York and the couple had four children. She died in 1853 and he remarried in 1857.

In 1843, he began a 12-year stint working for the American Tract Society giving away religious books. During this time he lived in Pittsburgh, Pennsylvania. The American Tract Society was founded on May 11, 1825 for the following purpose: “To make Jesus Christ known in His redeeming grace and to promote the interests of vital godliness and sound morality, by the circulation of Religious Tracts, calculated to receive the approbation of all Evangelical Christians.”

In 1855, he moved to Dubuque, Iowa where he organized sixteen churches for the Synodical Missionary. Wells arrived in California from Iowa in 1860 and was involved in religious work. Upon his arrival, he became the interim minister at the Calvary Presbyterian Church in San Francisco. He replaced the famous and controversial Dr. William Anderson Scott, who opposed the vigilante committees. Scott’s refusal to take sides in the Civil War led to his resignation and Wells’ appointment.

During the early 1860s he preached regularly in Hayward, San Lorenzo and other parts of Alameda County.

His obituary states that he became the first superintendent of Mountain View Cemetery, serving from 1864-1870. On April 7, 1870, Wells offered to buy Mountain View’s marble quarry in Amador County. The trustees approved the sale contingent upon Wells resigning as both a trustee and superintendent. Other biographical information lists him as one of the founders of the cemetery. It is believed that Wells played a crucial role in selecting and hiring Frederick Law Olmsted to design the cemetery.

In the early 1870s, he moved to Ventura County where he purchased a 300-acre ranch near Saticoy and set up a church. His property became quite valuable when the coastal roads were built.

When he died in 1896 his body was shipped back to Oakland for burial.