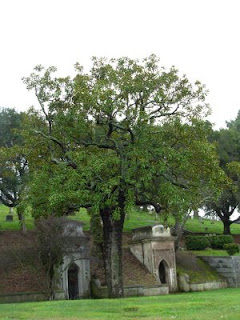 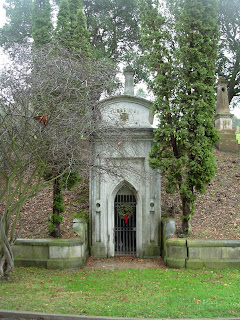 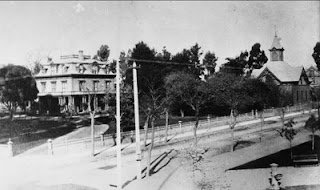 Hiram Tubbs was born in Concord, New Hampshire in 1824. He married Abby Ann Stanyan in 1844 while living in Boston and running a hotel. She died in 1851, and he then married Susan Ann Staniels.

Hiram Tubbs arrived in San Franciscio aboard the steamer Tennessee in 1853, joining his brother Alfred Tubbs who arrived three years earlier. The Tennessee wrecked in shoals outside of the Golden Gate and Hiram and his wife Susan had to wade ashore at low tide.

Tubbs joined his brother in business opening what eventually became known s Tubbs Cordage Company, a rope-making and marine cordage company that sold to ship riggers and mining companies throughout the Western United States, Mexico, Peru, China and Japan. The plant was located east of Potrero Hill in San Francisco in an area known as Dogpatch. The company was a major San Francisco employer and operated until 1962.

In 1857, the brothers sent for their father Michael Tubbs, a hotel owner and stage coach operator. Upon his arrival he opened the Tubbs Hotel on East 12th Street, which burned to the ground in 1893. While it was in operation, the Tubbs family entertained many members of high society at the hotel.

The Tubbs brothers were staunchly pro-Union and donated $1,000-per-month to the Sanitary Commission, an early version of the Red Cross.

He also became interested in establishing rail lines in the East Bay. His major creation was the Oakland, Brooklyn and Fruitvale Railroad, a street car system that ran up 12th Street to 13th Avenue and for twenty years it was the only connection to East Oakland other than 7th Street. It operated with four cars, 22 horses and numerous workers. The tracks eventually became the property of the Southern Pacific Railroad.

Tubbs was at the meeting at Dr. Samuel Merritt’s home on December 26, 1863 where the concept of Mountain View Cemetery was first imagined. A year later, he was elected the first Treasurer of the Board of Trustees. Merritt was elected as President and Jeremiah Whitcher was elected Secretary.

Records show that of all the original trustees, he remained the most engaged and enthusiastic about the cemetery. In 1865, he and Dr. O.P Warren built the first family vaults hoping that it would encourage others to do the same. These vaults can be seen on Plot 4 leading to the maintenance yard.

On January 9, 1888, Mountain View denizen Anthony Chabot died and Tubbs allowed his body to be placed in his family vault for ten days while Chabot’s plot was being prepared.

Tubbs died in 1897. Accounts of his memorial service at his home describe a house filled to the rafters with flowers and a portrait ringed with sweet peas.

His wife, Susan Tubbs, died in1905. The couple had nine children, five of whom lived to adulthood. The four daughters were Susan Grace Henshaw, Mrs. W.G. Henshaw, Lillie Hall, Jr. and May Greenwood. Their only adult son, Herman Tubbs, was killed in an accident in Sausalito shortly before her death. Music was prohibited at his memorial service for fear that his mother would be too overcome with emotion.