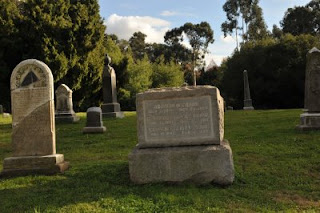 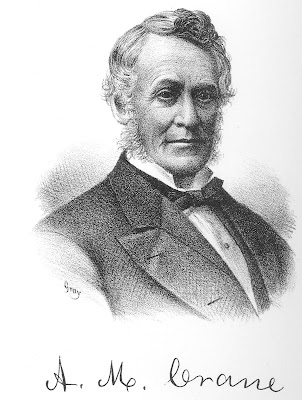 Addison Crane was born in New York in 1814. At age 17, he began teaching school during the winters and also studying. He had become interested in law while listening to legal cases being argued in his father’s home.

In 1835, he moved to Alleghany County, New York and was hired by the law firm Benedict Lagley. By July 1841, he was licensed to practice in the Supreme Court and the Court of Chancery of the State of New York.

In October 1839, Crane married the former Gertrude Ashley and started a large family. In 1843, the family packed up and moved to Lafayette, Indiana. Crane became a law partner of Daniel Mace, and later of Edward H. Brackett.

In January 1847, he was elected as Judge of the Court of Common Pleas, which heard civil cases. It was abolished by the new constitution of Indiana in 1851. Crane decided to take a trip down the Wabash, Ohio and Mississippi Rivers and ended up in New Orleans. The following year he decided to travel to California and he eventually ended up in San Lorenzo — then known as Squatterville.

He tried his hand at farming but was drawn back to the law and politics. In 1853, Alameda County was formed out of portions of Contra Costa and Santa Clara counties. In April of that year, elections were held and Crane was elected the first County Judge of Alameda County, serving from 1853 to 1857. In October 1853, his wife and six children joined him after sailing around the Horn. They settled in Hayward and had three more children.

As a judge he often ruled against Horace Carpentier, a notorious figure in Oakland history, who used his legal training to deviously obtain titles to desirable land. Crane believed that Carpentier had transcended his rights. In protest, Carpentier and his associates then set up cabin in the middle of Broadway Street, but squatters and other settlers compelled him to remove it.

Crane was a vocal opponent of discrimination and supported the women’s suffrage movement. In 1867, at the Union County Convention, he offered a resolution that called for an end to discrimination against the “…better educated of the colored people in this State.” He also promoted a concealed weapon law driven by fear over escalating tensions between pro-slavery and anti-slavery forces.

On the floor of the Senate he railed against slavery, “An institution, sir, wicked in its inception, cruel, relentless and unpitying in all its forms, degrading alike to all classes, making honest labor a dishonor, merchandise of the bodies and souls of men, shutting out the light of the advancing civilization of the age, and reducing to mere chattels the laborers who till the soil. This institution of human slavery is the great black ulcer which has eaten the vitals of our national existence, through the ignorance and darkness which it carries in its train. Without this, and its attendant consequences, we should have had no rebellion, no war, no such attempt as now exists to overwhelm in blood and slaughter this great and free Government.”

Crane attended the meeting at Dr. Samuel Merritt’s home on December 26, 1863 where the concept of Mountain View Cemetery was first dreamed up by Oakland’s leading citizens.

Addison Crane died in Oakland of pneumonia on October 21, 1887.