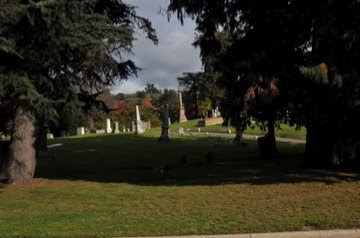 William Faulkner was born December 2, 1808 in Guilford, Connecticut of Scottish and English descent. Following in his father’s footsteps he became a printer and publisher. He began publishing the Norwich Republican in 1828 and published the Norwich News from 1843 to 1848.

Faulkner came to San Francisco from Norwich, Connecticut around the Horn on the ship Trescott. After he boarded in Norwich, the ship left Mystic, Connecticut on January 30, 1849 and the journey took 184 days. According to passenger journals, on July 4th, a play was performed about the ship. The play lasted from seven to ten in the evening and was performed on deck under a tent set up especially for the event. Some of the female passengers provided shawls and dresses for the men who performed female roles.

Upon his arrival in San Francisco, Faulkner founded the Pacific News at the corner of Jackson and Kearney. He had brought his printing equipment with him on the Trescott and printed his first edition nineteen days after his arrival. The paper had four pages and published every morning, except for Sunday.

By 1850, there were seven newspapers publishing in San Francisco, including the Journal of Commerce, published by Washington Bartlett. The Pacific News was successful despite the competition, bringing in $500 a day in ad revenue and making a profit of $10,000 a month. Nonetheless, it ceased publication in 1851 and Faulkner sold his equipment.

According to the Dictionary of American Regional English, the first use of the word “dinky,” originally meaning a small boat, was in the Pacific News on November 27, 1849.