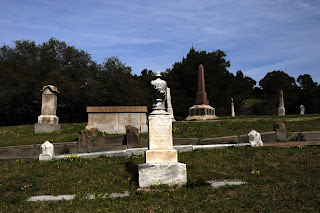 John Henry Tingman (1848-1907) was a miner who played a prominent role in the development of the Comstock Lode. In 1861, he was named the first Treasurer of Douglas County, Nevada.

He later became the editor of the famed San Francisco weekly the City Argus. That career ended with the great fire and earthquake of 1906. He was actively involved in the San Francisco Stock Exchange and later became involved with the journal Commerce. In 1904, he published a booklet entitled “The Comstock Lode.”

Tingman was born in Alabama and moved to Sacramento, California with his parents at age two. He died of a heart attack in San Francisco.
Posted by Michael at 6:17 AM

So nice to find this information on my great grandfather. His father, who was also John H. Tingman, came from Mobile Alabama to start a store in Sacramento, CA, in 1849. John, his mother and sister, then came to California by way of the Isthmus of Panama. John (age 2) was carried on the back of a native of Panama. John was married to Anna A. Hazen Nov. 20 1869 in San Francisco. I have their wedding bible.