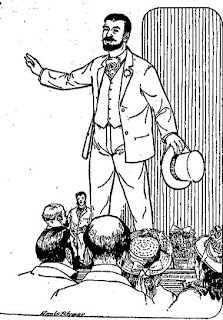 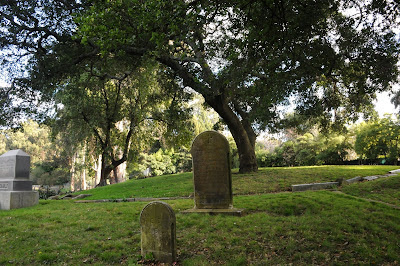 The Stanly family plot at Mountain View is always one of the best maintained in the entire cemetery. Someone always comes by to change the flowers and keep everything tidy. Edward Stanly was from a family of spirited and temperamental men who made their mark in politics and battle.

Edward Stanly was the son of North Carolina Congressman John Stanly whose claim to fame was killing the state’s former governor Richard Spaight, Sr. in a duel in 1802. Two of his uncles were also killed in duels and Edward Stanly was involved in two non-fatal duels, as well a couple of fistfights on the floor of Congress.

Stanly was elected to Congress from North Carolina at age 27 where he served from 1837-1843 and again from 1849-1853. Between his Congressional terms, he served in the North Carolina House of Commons and was the State’s Attorney General for just over a year.

Although a Whig, he was so devoted to the Union that he was referred to as a “Southerner with Northern principles.” Unfortunately for Stanly, his fellow Southerners practically considered him a traitor, while Northerners never quite trusted his loyalty.

After leaving Congress he moved to California and set up a successful law firm in San Francisco. He made a small fortune as an attorney and attempted a political comeback. In 1855, he unsuccessfully ran for the California State Senate as a Whig. By 1856, the Whig’s were pretty much out of existence and Stanly became a Republican. In 1857, he became the Republican candidate for Governor, beating eight challengers at the State Convention. He was trounced in the General Election by Democrat John Weller.

Stanly was appointed as a military governor by Abraham Lincoln and agreed with him that the primary purpose of the Civil War was to restore the Union. However, the issue of slavery created tension between the two men. Against Stanly’s advice, Lincoln issued the Emancipation Proclamation leading Stanly to believe that the President was yielding to Congressional radicals and that his action would only prolong the war.

Stanly returned to practicing law and was so frustrated with Lincoln and the Republicans that he was buried as a Democrat.
Posted by Michael at 6:17 PM