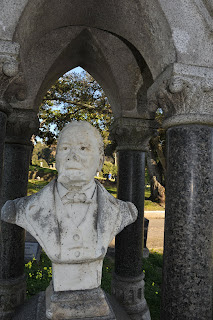 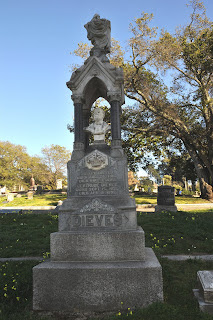 Joseph Dieves was an innkeeper and co-owner of the Oakland Brewery at 9th & Broadway Street in Oakland (later located at Telegraph & Durant).

Dieves was born in Heimetzheim on the Rhine in Germany and emigrated to the United States in 1847 after spending time in France, Holland and Belgium. He made a living as a cabinet maker and farmer. In 1853, he arrived in San Francisco where he lived for a year, before finally settling in Oakland.

In 1856, he opened the Eagle Hotel at 2nd & Broadway, one of Oakland’s busiest hotels. He ended up owning other hotels in the area before investing in the Oakland Brewery with Charles Kramm. During their ownership steam superceded horsepower and the brewery capacity increased from 250 barrels a year in 1853 to 18,000 in 1886. Kramm and Dieves were not only business partners, but they were next door neighbors for many years.

The Dieves gravestone is inspired by the Albert Memorial in Kensington Gardens in London. The design appeared twenty years earlier in Scotland, but became popular after Queen Victoria erected the Gothic style memorial in 1872. 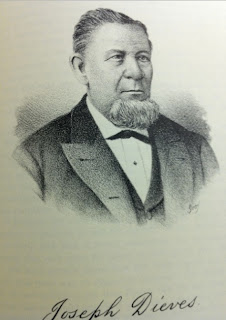