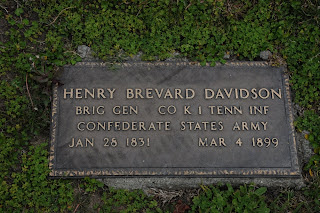 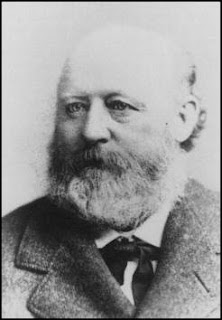 Henry Brevard Davidson (1831-1899) was a Brigadier General who, according to Mountain View historian Dennis Evanosky, is one of only three Civil War veterans who fought for the Confederacy buried at the cemetery.

Davidson fought in the Mexican War at the Battle of Monterey and subsequently received an appointment to West Point. Davidson resigned his commission in the United States Army to serve his native state of Tennessee on the side of the Confederates. He rose to the rank of Brigadier General in 1863. He served under General Joe Wheeler in Rome, Georgia, where he created quite a ruckus with the troops when he adorned their horses with bright red calico sashes.

He later moved to California and became a civil engineer with the Southern Pacific Railroad.

From 1878 to 1886 he was inspector of United States public works at San Pedro, California and a year later was appointed deputy Secretary of State of California.

According to Evanosky, his grave remained unmarked until November 1990, when the Civil War Roundtable placed the bronze marker shown above at his gravesite.
Posted by Michael at 9:37 PM