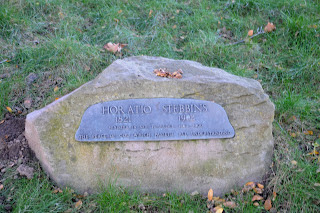 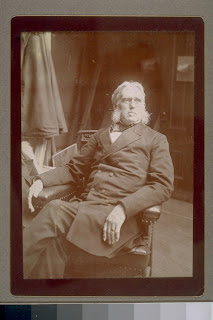 Reverend Horatio Stebbins was the successor to the famed orator Thomas Starr King at San Francisco's First Unitarian Church. Stebbins preached at the church for 30 years.

Stebbins attended Phillips Exeter Academy, Harvard College and finally Harvard Divinity School. During the Civil War years Stebbins preached in Portland, Maine where he attracted attention for his independence of thought. Meanwhile, Thomas Starr King was waging an oratorical war to keep California in the Union. Exhausted from his lecture tour King died of diptheria at age 39. Stebbins was summoned to California in 1864 to replace King.

Stebbins also involved himself in civic affairs, serving as a trustee of the University of California for twenty-six years and serving as president of the trustees of the College of California.

Stebbins was a workaholic, who preached twice a day and rarely took a vacation.
After his health began to fail, Stebbins moved back to his home in Cambridge, Massachusetts, where he died.
Posted by Michael at 8:33 PM