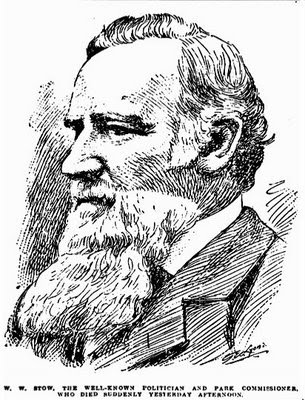 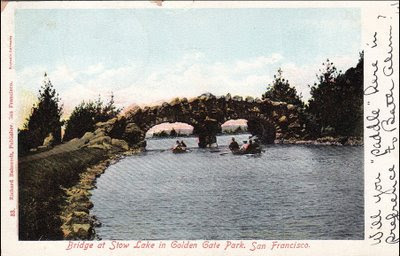 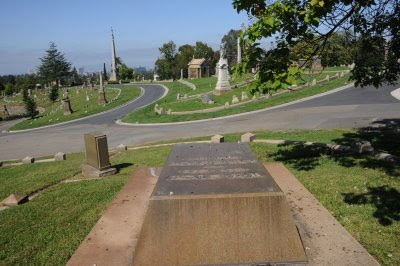 William W. Stow (1824-1895) was a native of Binghamton, New York, where he was raised on a farm. He graduated from Hamilton College and moved to California when he was 28-years-old. He married the former Ann Eliza Patterson and they had six children.

He settled in Santa Cruz County and grew lemons. Two years later he ran for the California Assembly and served two terms. In 1855, he became the Speaker of the California Assembly. A year later, he ran an unsuccessful campaign for Governor on the Know-Nothing ticket. Stow made headlines as Assembly Speaker when he railed against Jews from the floor and even proposed a tax on Jews that ''would act as a prohibition to their residence amongst us.'' Stow’s outburst was a reaction against Louis Schwartz, a resident of Santa Cruz, who had opened businesses. Stow’s goal was to discourage Jews from moving to California.

California newspapers blasted Stow’s anti-Semitism and San Francisco attorney Henry Labatt published a letter to the Assembly leader in the April 7, 1855 issue of the Los Angeles Star. Despite the uproar from the Jewish community and citizens around the state, another law passed in 1858 after Stow’s departure from the Assembly banning stores from opening on Sundays, a law aimed at Jewish businesses.

Around 1856, he quit his political career and moved to San Francisco. Stow became a partner in the law firm Patterson, Wallace & Stow, which handled primarily land use issues. Despite having what some claimed was the largest law firm in California, he dissolved the practice and accepted a lucrative job with the railroads.

From 1878-1893, Stow made a name for himself as the political “strong arm” and attorney for Collis P. Huntington and the powerful Southern Pacific Railroad. Stow was primarily responsible for the Southern Pacific’s ability to build the railways through his ability to raise massive amounts of financing and gain political favors. His skills as an attorney allowed him to manipulate the complex legal hurdles facing the railroads. Stow became Huntington’s key strategist in California, while issues in Nevada were left to Mountain View Cemetery denizen Stephen Gage. (http://mountainviewpeople.blogspot.com/2008/01/stephen-t-gage-powerful-railroad.html) The San Francisco Chronicle in its obituary said, “Stow was one of the ablest and one of the shrewdest manipulators of men which the peculiar political conditions of this State have ever developed.” They went on to say that for twenty years there wasn’t a session of the Legislature which Stow didn’t dominate.

In 1889, he was appointed to the San Francisco Park Commission and immediately began complaining about the lack of funds for Golden Gate Park. Ironically, when he was Assembly Speaker, he had cut funding for the park in half. In 1893, a lake at Golden Gate Park was named after Stow, who then convinced Huntington to pay $25,000 for a waterfall that still pours into the lake and is named after the railroad baron. That same year, he retired from the railroad to focus his attention on his duties as a park commissioner. His main reason for leaving the railroad was an ongoing feud with Charles Crocker.

In 1890, Stow showed his skills as a political operative while helping Leland Stanford in his re-election campaign for the United States Senate. Stanford was politically wounded by a very public feud with Huntington, which was regular fodder for the newspapers. He was also being dragged down by the unpopularity of William McKinley and the Republicans, primarily over the issue of tariffs, which Stanford supported. Stow insisted that Stanford return early from a trip to Europe and to re-engage the public on the campaign trail. Thanks to Stow’s tenacity, Stanford was re-elected.

Stow died at his San Francisco office while being tended to by a doctor and Assemblyman G.W. Dixon. Reportedly, his last words were a request for a carriage to take him home and an acknowledgment of the time. Before dying he had complained of severe stomach pains. His cause of death was listed as apoplexy.

His obituary in the San Francisco Call dubbed him the “greatest political manager that California has ever known.” His estate was estimated at $3 million at the time of his death.

I ran across this article while researching my great great grandfather, Louis Schwartz. Sounds like life in Santa Cruz was not the best for Jews during that time. And coincidentally, Louis' wife Rebecca is buried at Home of Eternity, part of Mt. View Cemetery. Thank you for this nugget of information!

My great great grandfather was WW Stow and your article, along with images will be helpful in the compilation of my family history. I'm trying to find out more about his son William Walter who committed suicide at age 50 or so. While I have copies of obituaries for both men, the information about William Walter raises more questions than answers. Do you have any suggestions where I might fine more info about my great grandfather? I would appreciate any help you can offer.