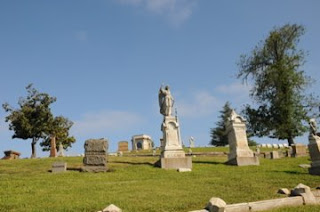 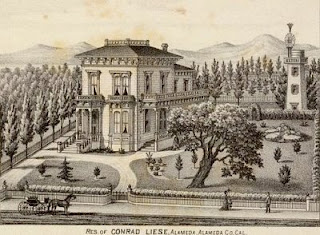 Conrad Liese was born in Cassel, Germany on July 25, 1833. He emigrated to New York City where he owned a butcher shop. After a few years, he traveled west to San Francisco, and lived in Brooklyn (now East Oakland) where he ran a butcher shop with his brother Henry.

In 1866, he sold his interest in the shop to his brother and moved to Alameda. He originally lived in a two-story house on Park Street before moving to Pacific Street. In 1883, he became president of the Alameda Bank. The bank was the first one in California based upon a currency standard, rather than gold.

Liese became active in creating a vibrant retail community in Alameda, helping create the Park Street business district. He built the Alameda Market on Park Street, which was another butcher shop. Liese turned over the shop to his nephew when he became involved with the bank. Liese also became a major land owner in Alameda and Oakland.