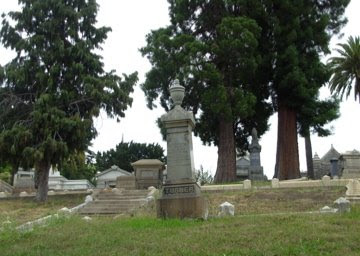 George Turner served as a United States District Judge of Virginia and a Territorial Judge of Nevada.

With the establishment of the Nevada Territory in 1861, President Lincoln appointed three justices to the Territorial Supreme Court, one being Turner. Territorial Governor James Nye assigned each to a judicial district to serve also as a circuit court judge, giving Turner the Central District. The Territorial Supreme Court rendered 88 decisions, which were never formally reported. Chief Justice George Turner was commissioned by the legislature to have them published, but the bill was vetoed by Governor Henry Blasdel. Turner took the majority of opinions with him when he left the state and they are considered lost.

Turner developed quite a reputation for corruption and pompousness during his brief stay on the bench, catching the attention of Mark Twain. According to the Nevada Observer:


Judge Turner began to earn a reputation for being the shallowest, most egotistical and mercenary occupant of the Supreme Bench. It was a matter of record that when he traveled in Europe he invariably signed his name on hotel registers as "Hon. George Turner, Chief Justice of the United States." Curiously enough it was Judge Turner that first attracted attention to Mark Twain, then "Samuel Clemens." He delivered a lecture in Carson City on some apparently important subject, but it turned out to be merely a history of his own vain-glorious achievements. Clemens reported the lecture for the Territorial Enterprise and spoke of Turner as "Mr. Personal Pronoun." The skit was regarded with such favor by Joseph Goodman, the editor of the paper, that he offered Clemens a permanent place upon the Enterprise, which was promptly accepted, and this incident launched Twain upon a literary career which gave him, later on, a world-wide reputation. The article was a scorching exposition of Turner's vanity, egotism and emptiness, and created a great deal of discussion throughout the territory.

This was soon followed by a signed article from the pen of R. E. Arick, the first Mayor of Virginia City, who charged the Chief Justice with being absolutely corrupt in his court decisions, and for sale to the highest bidder. Similar charges followed from other sources until in the summer of '62 the Enterprise was in full cry against him and demanding his resignation or removal. But it was not until 1863, when some of the big mining cases were appealed to the Supreme Court, that Judge Turner began playing the game for all that was in it. He did it in a regal way, his broker—a man named Johnson, a near relative—notifying litigants what a favorable decision by his royal highness would cost. In the first Chollar-Potosi trial it was only $60,000 for Judge Turner himself and $10,000 for his broker, which the Chollar company readily paid, of course ; and in every other suit there was a similar demand.

The Territorial Enterprise newspaper hammered the judges for their ethical lapses, particularly focusing on Judge Turner. More from the Observer:


The Enterprise opened fire on Judge Turner and demanded his removal as early as 1862. From that time it never ceased pouring hot shot into him and the Supreme Court, and by 1864 its attacks became a regular bombardment. In August of that year the Supreme Court convened for the fall term, but before any proceedings were had the judges were informed that the bar of the State unitedly refused to practice before them until they had vindicated themselves or taken action against the Enterprise for the charges of corruption it had made against them. The response was probably the most remarkable one ever seen in a court; all the judges descended from the bench—Turner and North resigning at once, and Locke a little later in the day.

Turner committed suicide at the Lick House in San Francisco by shooting himself in the head with his revolver. Turner had been complaining of ill-health before killing himself. He left behind his widow and two children. His wife was known to have accepted bribes on behalf of Turner when he was on the bench.