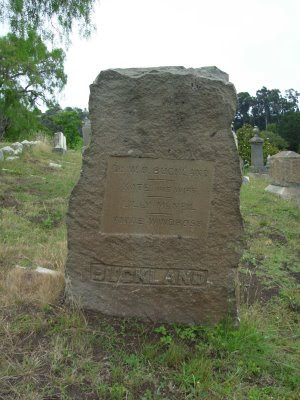 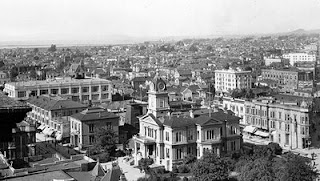 Wallace Buckland was born in Edinburgh, Scotland and moved to Chicago when he was still a young man. He had worked as a rector in various Episcopalian churches before getting his medical degree. He later converted to Presbyterianism.

He lost all of his belongings in the Great Chicago Fire of 1871 and decided to move to Salt Lake City. In Utah, Buckland became the personal physician for Mormon leader Brigham Young.

In 1873, he moved to Oakland where he became a successful doctor. He served for one term as a Republican on the Oakland City Council and in 1899 ran for Mayor on the Prohibitionist ticket against Roland Snow and John Davie. Buckland campaigned on a platform of suppressing the saloons and women’s suffrage. He received only 86 votes.

He died on November 29, 1903 of pneumonia after a surgical procedure. His wife Kate McNeal Buckland survived him for five years.