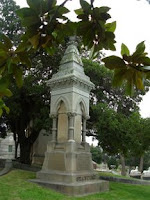 Josiah Stanford moved to California in 1849 and sold supplies to gold miners. One of his brothers was Leland Stanford, the founder of Stanford University, former Governor and Senator and one of the Big 4 railroad barons.

Josiah Stanford and his second wife Helen lived in the Camron-Stanford House, which remains to this day at 1418 Lakeside Drive by Oakland’s Lake Merritt. They split their time between their Oakland home and the family ranch east of Fremont near Warm Springs, which was originally the site of the fashionable resort for wealthy San Franciscans in the 1850s. There Josiah and Helen helped to established a large and prosperous grape vineyard. In addition to wine, Stanford Brothers Winery produced California’s first champagne.

Josiah W. Stanford, the son of Josiah and Helen, ran the Warm Springs Ranch after his father's death, producing hay, barley and beef as well as wines. Years later, Stanford Brothers Winery became Weibel Winery.   The original brick winery from the Stanford era still stands at the end of Stanford Lane in Fremont, near the Mission Peak Regional Park staging area, in the Warm Springs district of Fremont. The olive trees that formed an allee on Stanford Lane were relocated to Mission Boulevard when the vineyards became a subdivision.

Josiah, often in conjunction with his brothers, struck up many business ventures. During and after the Gold Rush they imported oil and kerosene from the East Coast. When the Civil War drove prices higher as supplies to the West Coast dwindled, this created a climate for a short-lived California oil boom that took place around Sulphur Mountain in Ventura County.

Josiah Stanford became the first person to establish commercial production of petroleum in the state and a principal in one of California’s first major oil companies. By 1866, his digs, incorporating Chinese labor, began to produce 20 barrels a day that were loaded and sent by ship, to the Stanford Brothers Refinery in San Francisco for processing.

The font on the gravesite monument is the same one used by Stanford University.
Posted by Michael at 7:49 PM