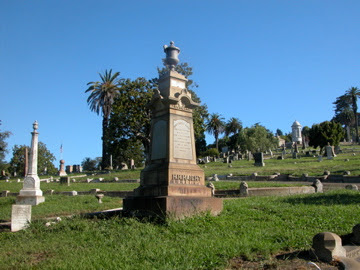 Henry Huntly Haight was born in Rochester, New York, on May 20, 1825. He graduated from Yale University in 1844, studied law, and then joined his father in a law practice in St. Louis, Missouri. Eventually he moved to San Francisco, where he prospered and earned a reputation of his own.

In 1859, Haight became chairman of the California State Republican Committee, however he later returned to the Democratic Party. On September 4, 1867, he was elected California's 10th governor, and on December 5, 1867, he was sworn into office. Haight ran unsuccessfully for reelection in 1871, and left office on December 8, 1871.

During his term, the transcontinental railroad was completed, the Golden Gate Park was designed, and the San Jose Teachers College was established. The state debt was reduced under Haight's administration, and the State Board of Health and the University of California were established, both of which had only been in the planning stages prior to Haight's term. After his defeat, he returned to his law practice, and served as a member of the board of trustees of the University of California.

Haight was elected to the 1878 state convention, but died before taking his seat

Though commonly thought to be true, San Francisco's Haight Street is not named in his honor, but rather that of his uncle, the pioneer and exchange banker Henry Haight (1820-1869)
Posted by Michael at 4:04 PM