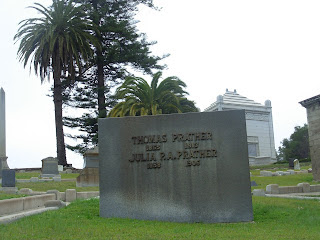 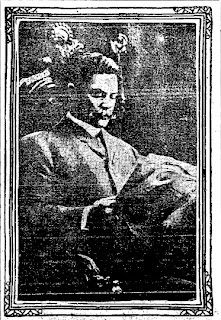 Thomas Prather was a prominent Oakland businessman who married into a noted Oakland family.

Prather was born in Louisville, Kentucky in 1855 and moved to Oakland with his parents in 1870. In 1885, Prather married Julia Adams, sister of Edson F. Adams and John Charles Adams, a prominent family in early Oakland.

He became business partners with the two men, running the Union National Bank and other financial enterprises. In 1908, Prather and the Adams brothers were involved in a huge scandal where they allegedly misused money from the bank for their personal use. Julia Adam Prather, along with her two brothers, inherited a fortune when her father Edson Adams died.

Prather was involved in a number of other business ventures, including the construction of the Yosemite railway, construction of the San Salvador harbor in South America, part owner of the Oakland Meat and Packing Company and the Yolo Water and Power Company. He also owned cattle ranches.

After his death, Samuel Prather, his brother, engaged in a nasty fight over the estate with the Adams family. Prather appears to have gotten the last laugh from the grave when his outstanding debts appeared to have wiped out any inheritance due to the Adams’ three children.
Posted by Michael at 7:46 PM