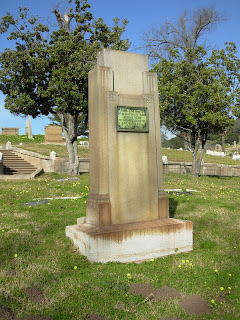 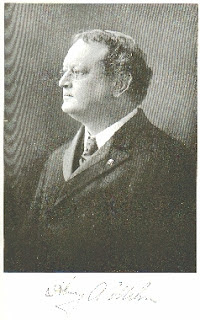 Henry Alexander Melvin was an Associate Justice of the California Supreme Court from 1908-1920.

Judge Melvin was born at Springfield, Illinois, September 28th, 1865, in the same year that Abraham Lincoln was assassinated, who was also from Springfield. Melvin’s father was a doctor, who was a neighbor, friend, ardent Unionist and supporter of the 16th President.

In 1873, the Melvin family moved to St. Helena, California, where they lived for three years before settling in Oakland.

Judge Melvin attended Franklin Grammar School in Oakland, Oakland High School, and then from 1885 to 1889 he attended the University of California, where he graduated with a Bachelor of Philosophy degree. He received his law degree from the Hastings College of Law in 1892, and was admitted to the bar the same year.

Melvin was also a practicing pharmacist and ran a drug store, as well as holding a professorship at the Oakland College of Medicine and Surgery.

Justice Melvin was also a noted expert on military affairs and he was first lieutenant and inspector of rifle practice of the University Cadets when he graduated from the University of California. For many years he was a member of the Republican Alliance of Oakland, in which he attained the rank of major.

In 1901 he was appointed to fill a vacancy on the Superior Bench of Alameda County, and in 1902 was elected to a full term of six years. He resigned to accept an appointment as an associate justice of the Supreme Court of California on his birthday in 1908.

Judge Melvin became a Mason and rose in the Scottish rite to the fourteenth degree, and was one of the most active members in the California Benevolent and Protective Order of Elks, of which he was made grand Exalted Ruler in 1906. On July 18, 1921, the granite monument pictured above was unveiled on the Melvin plot by the Elks of the nation.
Posted by Michael at 6:56 PM