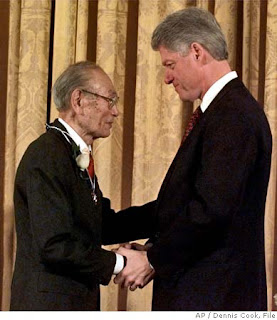 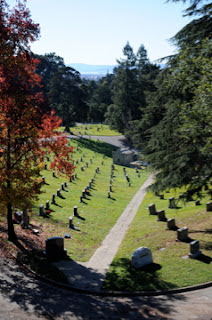 Fred Korematsu, born in Oakland, was a nisei, or second-generation Japanese American. On Dec. 7, 1941, Mr. Korematsu was a 22-year-old welder in San Leandro. Like all West Coast Japanese, the Korematsus were ordered in early 1942 to assembly centers and later incarcerated in camps. But Mr. Korematsu refused to go.

Planning to move to Nevada, he assumed another identity and even had plastic surgery, but was arrested in San Leandro and jailed. Aided by the American Civil Liberties Union of Northern California, Mr. Korematsu challenged the exclusion orders in 1942.

The case went to the U.S. Supreme Court, which upheld the conviction by a 6-3 vote in 1944, ruling that military necessity justified the orders. His was one of a handful of legal challenges by Japanese Americans to military orders. But it was Mr. Korematsu's case that became the most well-known -- and is studied today by every law student in America.

Viewed by many constitutional scholars as one of the high court's worst mistakes, the 1944 ruling in Korematsu vs. United States drew stinging dissent from Justice Robert Jackson, who wrote that the "Court for all time has validated the principle of racial discrimination. ... The principle then lies about like a loaded weapon. ..."

Mr. Korematsu's conviction dogged him, making it hard to support his wife and two children. Years later, when Irons came to him with vital documents denying that Japanese Americans were a threat during the war, he reopened his case with the help of a pro-bono team of young, mostly Japanese American lawyers.

U.S. District Judge Marilyn Patel threw out the conviction and called the case a "constant caution that in times of war or declared military necessity, our institutions must be vigilant in protecting our constitutional guarantees." The reversal followed a 1983 federal court ruling that found the internment of 120, 000 people of Japanese ancestry to have been an action based on "unsubstantiated facts, distortions," and racism.

He was awarded the Presidential Medal of Freedom by President Clinton in 1998.