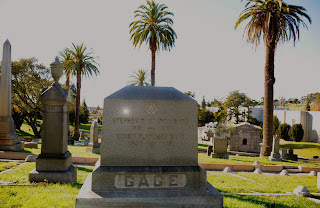 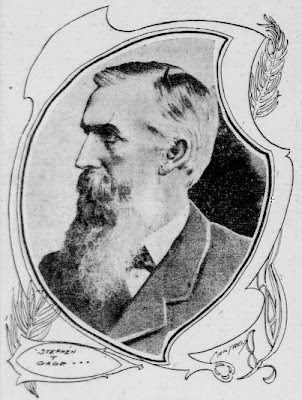 Stephen Gage was an assistant to Leland Stanford when he served as President of the Southern Pacific Company and a confidant to Collis P. Huntington when he served in the same capacity, but only after Huntington realized that he couldn’t push the powerful Gage aside.

Gage served in the California State Assembly for one term in 1856.

Gage began working for the Central Pacific Railroad in 1864, which later became the Southern Pacific Company. His rise to power came as he began organizing the railroad expansion into Nevada. His political influence in Nevada was said to be unmatched by anyone at the time.

Gage was responsible for securing all of the coal for the railroad system and began importing it from around the globe. At any one time, Gage had as many as 100 clippers bringing coal across the ocean.

The San Francisco Call newspaper claimed that other than Stanford and Huntington, no person did more to bolster the success of the railroad company than Gage.

“The time was when Gage was the dictator of the political fate of the two States, and his influence reached from Oregon to Texas and his power was felt in the halls of Congress at Washington. No man in the history of the Golden State and its State sister across the mountains ever wielded greater power than the man who is about to be retired. Legislators were his playthings. He made and unmade Judges. He dictated the names of Congressmen and United States Senators. The Governors of sovereign States were oft times made by Stephen T. Gage.”

Gage died a man of relatively modest means considering that he had made many men millionaires many times over. He was paid a monthly stipend of $1,000 for the first year of his retirement, which was then reduced to $500. The San Francisco Call surmised that Gage didn’t die rich because he was as honest a man as one could find in business.
Posted by Michael at 11:19 AM