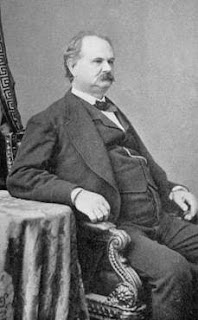 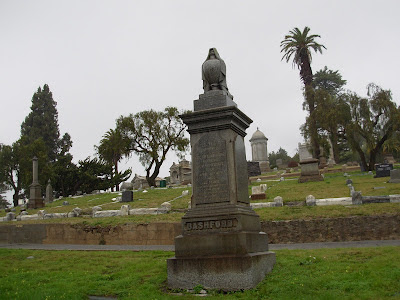 Coles Bashford (January 24, 1816 – April 25, 1878) was an American lawyer and politician who became the first Republican governor of Wisconsin. His one term as governor ended in a bribery scandal that forced him to leave the state, but he was later instrumental in the government of the newly-formed Arizona Territory.

Bashford was born near Cold Spring in Putnam County, New York. He attended the Wesleyan Seminary (now Genessee College) in Lima, where he studied law and was admitted to the bar in 1842. He served as the district attorney of Wayne County from 1847 until he resigned in 1850 and moved to Oshkosh, Wisconsin. He won a seat in the Wisconsin State Senate in 1853 as a Whig. After the Whigs split on the issue of slavery, Bashford became one of the founding candidates of the Republican Party, winning a seat in the Wisconsin State Assembly on that ticket in 1855.

Bashford ran for governor as a Republican in 1855 and was at first declared the loser to the Democrat incumbent, William A. Barstow, by a mere 157 votes. However, Bashford claimed the result was fraudulent, and it was later discovered that Barstow's win was due to forged election returns coming from nonexistent precincts in the sparsely populated northern part of the state, in addition to other irregularities such as two separate canvassing boards claiming legitimacy in Waupaca County.

With rival militia units converging on the state capital in Madison, Bashford was sworn in quietly in the chambers of the Wisconsin Supreme Court by Chief Justice Whiton on January 7, 1856. On the same day, Barstow was publicly inaugurated with full ceremony. After challenging the court's jurisdiction without success and noting that the tide of public opinion had turned against him, Barstow declined to contest the fraud allegations and sent his resignation to the legislature on March 21, 1856, leaving the lieutenant governor, Arthur MacArthur, as acting governor.

On March 24, the court unanimously awarded the governorship to Bashford by a count of 1,009 votes. The following day, as Madison was crowded with onlookers, Bashford entered the Capitol with the court's judgment in hand, in the company of a sheriff and a throng of followers, and announced to MacArthur that he had come to claim his office. Upon Bashford's threat that force would be used if necessary, MacArthur and his supporters quickly left. Despite initial opposition by the Democrats in the State Assembly, both houses of the Wisconsin State Legislature soon recognized Bashford as the new governor.

As governor, Bashford appointed the first African-American to Wisconsin state office when he made barber and entrepreneur William Noland a notary public in 1857. Bashford declined renomination from the Republican Party, and left office at the end of his term on January 4, 1858. Weeks later, an investigation was launched regarding bribes that he and members of his administration had accepted from the La Crosse & Milwaukee Railroad Company in exchange for approval of a major land grant. Bashford himself had received the largest payoff in the form of $50,000 in stocks and $15,000 in cash from the railroad company; state legislators and a Wisconsin Supreme Court justice were also involved in payoffs exceeding $400,000 in total.

Nearly every copy of the final investigative report was seized and burned by the implicated politicians, but public outrage spread despite the suppression. Bashford managed to cash in his stock before the railroad company folded as a result of the investigation, and fled the state. He travelled first to Washington, DC in 1862, and then left for the Arizona Territory in 1863 with his brother, Levi, who was to be Surveyor General of the newly-created territory. They made the arduous, cross-continental journey accompanying the "Governor's party"—the appointed territorial officials led by Governor John Noble Goodwin—and arrived in Arizona Territory in December of 1863.

Though moving to the Territory as a private citizen, Bashford was soon appointed its first Attorney General by Governor Goodwin, serving from 1864 until 1866. His position required him to journey throughout the Territory, frequently travelling through land considered "hostile Indian country", but he executed these duties without incident. Bashford was also the first lawyer admitted to practice in the Arizona Territorial Courts, and compiled the session laws of the Territory into one 400-page volume with the assistance of Associate Justice William T. Howell. He was elected President of the first Territorial Council (the Territory's upper legislative body) in 1864, and served from 1867 until 1869 as a territorial delegate to the United States Congress as an independent, rather than with his former party.

The last political office Bashford held was as Secretary of State for the Territory by appointment of President Grant in 1869 and again in 1873. After the Territory's capital moved from Prescott, where Bashford and Levi ran the Bashford Mercantile Store, Bashford resigned in 1876 to stay close to his business interests.

He died in Prescott two years later of heart disease. He and his wife Francis Adams had seven children: Belle (who had died at age 11), Edward, Elizabeth, Helen, Lillian, Margaret, and William Coles. The Bashford Mercantile Store remained operating in Prescott until the 1940s.

I have been unable to figure out why Bashford is buried in Oakland.
Posted by Michael at 5:32 PM