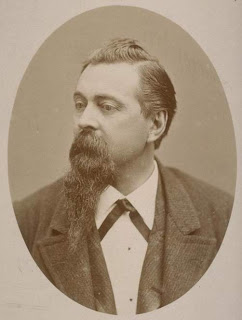 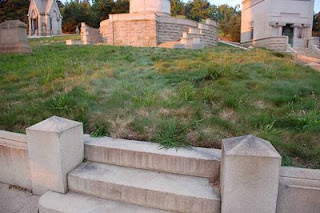 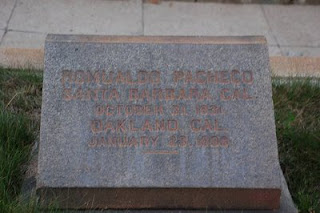 José Antonio Romualdo Pacheco, Jr. (October 31, 1831 – January 23, 1899) was an American politician and diplomat. Involved in California state and federal politics, Pacheco was elected and appointed to various posts and offices throughout his more than thirty-year career, including the California State Senate, Governor of California, and three terms in the United States House of Representatives. Pacheco, who was of Mexican descent, remains the only Hispanic governor in the state's history. He was also the state's first California-born governor.

Pacheco represented California in the United States House of Representatives from March 4, 1877 to February 7, 1878, and from March 4, 1879 to March 3, 1883. He was the first Hispanic Representative from a U.S. state; several others had previously served as delegates for U.S. territories and as such did not have full voting privileges. He served as Lieutenant Governor of California under Newton Booth until Booth was elected to the United States Senate in 1875. Pacheco then served as governor from February 27, 1875 to December 9, 1875, when Lieutenant Governor William Irwin, winner in the September elections that year, was inaugurated.

Early in his political career in the 1850s, he was a Democrat. He became affiliated with the National Union Party in the 1860s, but was elected to most of his positions as a candidate for the Republican Party.

He was born in Santa Barbara, California to Ramona Carrillo de Pacheco and Captain José Antonio Romualdo Pacheco. His family was prominent in what was then Alta California. Captain Pacheco had moved to California from Guanajuato, Mexico in 1825 and served as an aide to Governor José María de Echeandía. However, he died when the young Romualdo was just five weeks old. His mother later married a Scotsman named Captain John D. Wilson, who sent Romualdo to Honolulu, Hawaii for his education.

At age twelve, Pacheco began an apprenticeship aboard a trading vessel. The Mexican-American War broke out two years later, and he was briefly held by American forces on one trip in July 1846 as he brought cargo to Yerba Buena, which is now San Francisco. The ship he was on was searched, and he made an oath of allegiance to the United States and was released.

Pacheco's association with a prominent family in the state helped him to gain support as he entered politics in the 1850s. He was also well-respected by Anglos coming into the area. He was elected to the state senate in 1857 and re-elected two times, serving until 1863. During the American Civil War Pacheco was appointed the rank of brigadier general by Governor Leland Stanford and directed to disarm military companies in the Los Angeles area that were not loyal to the Union.

Pacheco served as state treasurer for a few years, then returned to the state senate until becoming lieutenant governor. After briefly serving as governor, Pacheco ran for a U.S. House seat, winning by just one vote. His opponent, Peter D. Wigginton contested the election, eventually forcing Pacheco to leave in 1878 when the House Committee on Elections refused Pacheco's certificate of election. Returning to California, he went into business until winning a House seat again in September 1879. He was reelected in 1880.

After leaving Congress, Pacheco lived on a cattle ranch in the northern Mexican state of Coahuila for five years until appointed U.S. Minister to Central America in 1890. He returned to California in 1893, and died in Oakland in 1899.

In 1863 he married Mary McIntyre, a beautiful and talented 22-year old playwright. They had two children, Maybella Ramona (b. 1865), and Romualdo ("Waldo"), who died in childhood. In 1889 Maybella married Will Tevis, the son of a powerful business family, in San Francisco. Maybella and Will would give Romualdo and Mary Pacheco four grandsons.

Subscribe to Michael Colbruno's Mountain View Cemetery Bio Tour by Email
Posted by Michael at 7:15 AM