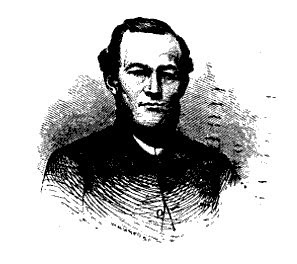 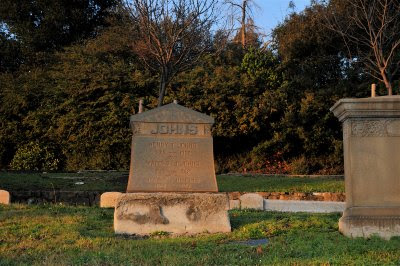 When the Union forces were attacking at Port Hudson, Louisiana, on May 27, 1863, during the general advance a call went out for volunteers to take part in a dangerous movement on the enemy's works while under a heavy fire. Private Henry Johns was one of three men from Company C, 49th Massachusetts Infantry who answered the call and earned the Congressional Medal of Honor for his bravery in the volunteer action. His two companions were Sergeant James Strong and Corporal Francis Warren.

In 1890, he published a 400-page account of his experience entitled "Life with the Forty-Ninty Massachusetts Volunteers." The book is a series of letters and provides a vivid and disturbing account of the disease, suffering and death that the soldiers faced on a daily basis. This was Johns’ account of the event:

“Ignoring my privelege to keep out of the fight, I volunteered as one of a squad of fifty. According to orders we marched towards a rise of ground, from which we were to charge on the enemy’s ranks. It was the most peculiar charge that I have ever heard of. There was no sudden rush, no cheering, nor the usual din of a general charge. We were merely following orders without confidence of success, yet determined to do our best. The plan was a failure in conception and execution. We had to charge over three-quarters of a mile of open country, exposed to the fierce fire of the enemy, and then climb the enemy’s breastworks. But we never reached it. I ran on, knowing that my comrades were dropping on every side of me. Nevertheless we pressed forward until, seeing that to go farther would be useless and only mean death, we retreated.”

He later achieved the rank of First Lieutenant and was awarded the Medal of Honor on November 25, 1893.