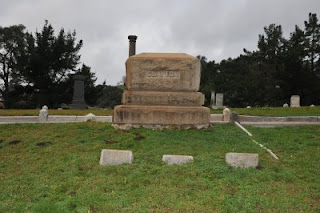 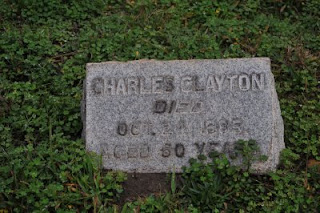 Charles Clayton was born in Derbyshire, England on October 5, 1825. In 1846, he headed to Oregon before settling in California two years later.

He served as the alcalde under the Mexican territorial government in Santa Clara, California from 1849-1850. In 1852, he founded the Santa Clara flour mills with S.S. Johnson, reportedly the first steam flour mill in California. A year later he moved to San Francisco and entered the grain and flour business.

He served as member of the California State Assembly from 1863-1866 and as a member of the San Francisco Board of Supervisors from 1864-1869.

In 1870, President Ulysses S. Grant appointed Clayton as United States surveyor of customs of the port and district of San Francisco.

Clayton was elected as a Republican to Congress serving from 1873- 1875.

He served as California state prison director from 1881-1882.

According to his obituary, Clayton died on October 4, 1885 from “congestion of the brain.” At the time of his death he was the President of the Merchants’ Exchange and was allegedly upset about losing money in a barley deal.