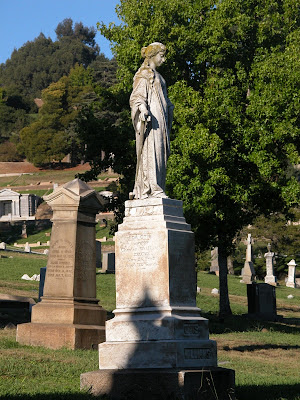 His home at Larkin St. and Green Street in San Francisco was destroyed by the earthquake and fire of 1906. He moved to Alameda, California, where he died a year later.
Posted by Michael at 3:24 PM