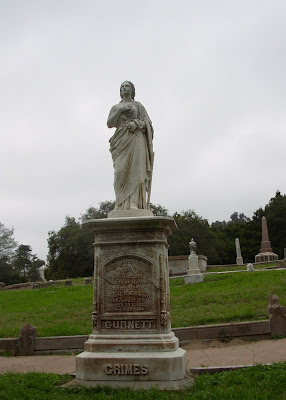 Gurnett also owned and raised race horses. In 1898, his gray gelding “Who Is It?” set the world trotting record for 3-year-olds in Santa Rosa, California. He was also the treasurer of the Rio Vista Gold & Copper Mining Company.
Posted by Michael at 3:02 PM