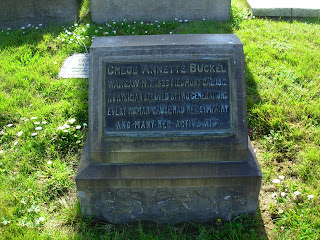 Her inscription reads: “A physician beloved by two generations. Every human cause had her sympathy and many her active aid.”
Posted by Michael at 9:37 AM