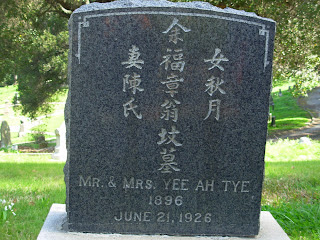 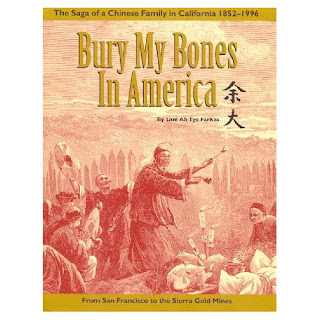 The complete article can be found at: http://www.pbs.org/wgbh/amex/goldrush/peopleevents/p_chinese.html
Posted by Michael at 5:33 AM

I first came across my great grandfather's grave around 1969 by chance a discovery I will remember the rest of my life. My cousin Lonnie Farkas Ah-Tye published a book "Bury My Bones" a good read for any Ah-Tye or even the general public. My blogs are under a pen name.

I stand to be corrected. Lonnie Ah-Tye Farkas is my cousin as published in her book "Bury My Bones".