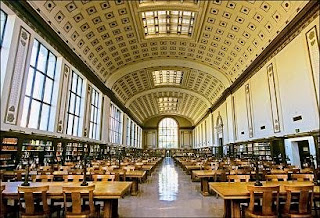 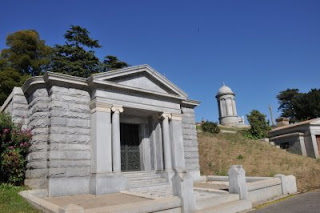 Charles Franklin Doe was the twelfth and final child of Bartlett and Elizabeth Doe. His grandfather, John Doe and his grandmother Elizabeth Doe, emigrated from England in 1776 and settled in Parsonsfield, Maine.

Charles was born August 13, 1833 and was in poor health most of his life. He took his first job as a schoolteacher in Parsonsfield but soon found himself ill-prepared and ill-suited for the profession and moved to Boston, working as a carpenter.

In 1850, his brother Bartlett traveled to California, and was joined two years later by his brother John. Together the two brothers formed the firm “B. and J. S. Doe,” a sash, door and blind business.

In 1857, Charles followed them west to San Francisco, and formed a partnership with James Knowland to sell retail lumber. Even though this business partnership dissolved, the company Doe helped found prospered as “Charles F. Doe & Co.”

Unlike many who made their fortunes during this era, there was no wild speculation in western bonanzas. Doe managed his business conservatively with the goal of sure returns on his investment. It is said that Doe lived the simple, placid and staid life of a New Englander. His daily routine seldom varied, including stated hours for his meals, walks and hours of business.

He lived at California and Laguna in San Francisco, was never known to have female companionship other than relatives, and had his house maintained by his niece Martha Swan. He rarely interacted with others, had few friends and seldom traveled.


It was reported that he believed that no one should need more than $500,000. He gave generously to the local orphanages and other organizations benefiting children. He began to discuss philanthropy with his close friend and advisor, H.B. Phillips—especially concerning what would be done with his estate, valued at many times that sum. Doe was impressed with the impact that the Alexandria Library in Egypt had on civilization at that time and began to ponder the founding of a library with his wealth. In 1902, he created a will that left nearly a quarter of his property (then totaling more than $595,000) to the Regents of the University of California, for the construction “…of a library building for its Academic Department….” (It is said that he would have left much more, but California State law at that time limited bequests to benevolent institutions.)

For a man so identified with Cal’s Library, there are strangely no photographs of him—only one daguerreotype seems to exist in Maine, taken just before he left for California. It was said that he felt uncomfortable with the idea of sitting for a portrait. He was described as thin, 5 foot 10 inches in height, weighing 150 lbs., with a long face, full beard; prominent forehead; firmly modeled nose, bushy eyebrows, with the brows and lids well apart.

At the laying of the cornerstone of Doe Library on Thanksgiving Day in 1908 (still in evidence at the northeast corner of the building), his nephew, Loring B. Doe, remembered Charles F. Doe and stated that “…His life was an inspiration to all who came in contact with him. He was the embodiment of honor and integrity, and every dollar invested in this building was honestly acquired. His character was without blemish, and he carried to the grave the love and esteem of all who knew him….” This is the wonderful legacy that continues to benefit scholars today on the Berkeley campus.

[See the post about his sister Nancy Kezar HERE]