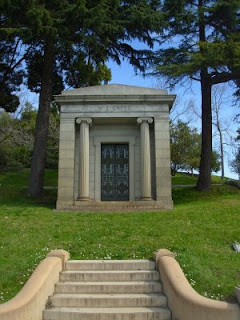 Wiggington Ellis Creed was born February 8, 1877 in Fresno, California. Creed graduated from Oakland High School and attended the University of California in Berkeley, where he later served as president of the Alumni association and as a Regent. He later graduated from the New York Law School.

In 1904, Creed married Isabel Hooper, the daughter of John A. Hooper, the owner of C.A. Hooper Lumber Company.

After finishing law school he returned to the Bay Area and joined the law firm of Titus, Wright & Creed. He served as president of the Columbia Steel Company in Pittsburg, California, C.A. Hooper Lumber Company, East Bay Water Company, Contra Costa County Bank and was a director of the Wells Fargo Nevada National Bank.

His legal work on water issues made him one of the foremost experts on the topic in the state and led to him becoming President of the East Bay (Eastbay) Water Company.

In July 1920, Creed was named president of PG&E, replacing Frank Drum. Creed was an early advocate of the public ownership of stock in utilities. In 1921, he became an outspoken proponent for building a new UC campus at Davis focused on agriculture.

Creed was a generous philanthropist and was involved with the California School of Deaf and Blind, Mills College and the Hooper Foundation.

Creed was a close associate of noted attorney W.I. Brobeck and was scheduled to be a pallbearer at his funeral after Brobeck died on a trip to Alaska. On the day of the funeral he complained that he wasn’t feeling well and canceled. Two days later Creed died of a stroke at age 50 while leaving his home for work.

[Information from the Oakland Tribune archives]