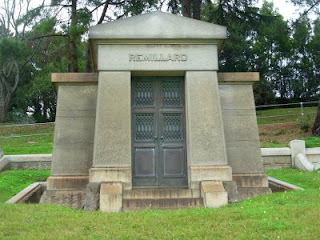 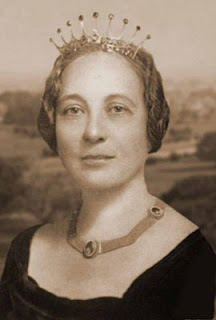 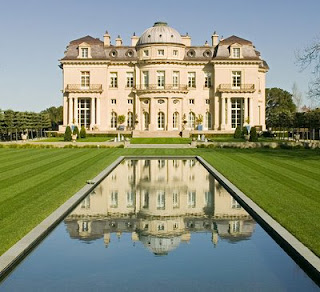 The Remillards were the leading brickmakers of the Bay Area in the period following the Gold Rush.

Eleven of twelve Remillard siblings finally emigrated from Canada, led by the eldest, Helaire (1834 - 1902), who went to Boston at age 19 and the learned brickmaking craft.

According to the Oakland Tribune, Helaire arrived in California via the Nicaraguan route in 1854. He immediately headed to the placer mines in Auburn and made enough money to send for his brothers Peter and Edward.

In 1864, Helaire, by then an ex-miner in the Gold Country, and some of his brothers established the Remillard Brick Company in East Oakland (some references list it as Remillard and Brothers). The family later expanded their business to manufacture bricks in Pleasanton, San Jose, and Greenbrae. The Greenbrae kiln remains a landmark along the road between San Quentin and the Larkspur ferry landing, and has served in recent years as an upscale restaurant.

Edward Remillard held many patents related to the improved process of making bricks. In 1867, he briefly returned to Canada and married his cousin Virginia Remillard. They returned to Oakland and lived at 1355 Webster Street.

Peter, (died 1904) the inventor of a new brick process, had an Oakland home that is now part of Preservation Park and pictured above. Peter Remillard’s house may have served as the model for the Morse mansion in Jack London’s Martin Eden. Jack London knew the Remillard family well while he was growing up in Oakland. Peter Remillard’s young daughter, Lillian once acted as a tutor for London who, although older than she, had academic problems. (After dropping out of school at fourteen, he eventually crammed four years of high school into one and was admitted to the University of California -- which proved too tame for his tastes -- and he dropped out again).

Lillian Remillard was born in Oakland in 1880 to Peter and Laurin Remillard (died 1934) and grew up with many other Mountain View Cemetery denizens including the De Fremerys, Requas, Pardees, Blairs and the Edson Adams family, most of whom relocated to Piedmont after the 1906 earthquake.

After Peter’s death, Lillian and her daughter took over the family business. In 1932 she married a man of meager means who was 20 years her junior, but one who carried a title, the Conte Alesandro Olioli Dandini di Cesena. This made Lillian the Countess Dandini and she became a fixture of high society, founding the da Vinci Society of San Francisco, the Pacific Musical Society and the Opera League of Oakland. She was also a generous patron to the De Young Museum and the California Palace of the Legion of Honor. The Count and Countess Dandini divorced after seven years of marriage.

In her later years, the Countess Dandini owned The Carolands, the famous Pullman mansion in Hillsborough. The Carolands was built with Remillard bricks and at the time it was the second largest private home in the United States and the largest west of the Mississippi River. The Countess Dandini died in 1973 at the age of 93. Her ex-husband, now remarried, sued to inherit her estate, but lost.

The Remillards also provided the bricks for most of the early permanent buildings in Oakland and San Francisco, including the Bank of California, Shreve Building, Flood Building and the rebuilt Palace Hotel. According to the Oakland Tribune, at one time, every building made of brick in Oakland was made at least partially from Remillard bricks.

Ironically, neither the family mausoleum or the Peter Remillard house is made of brick.

[Information in this biography is the courtesy of Mountain View Cemetery docent Barbara Smith, with additional research by Michael Colbruno taken from the Hayward Daily Review and the Oakland Tribune]