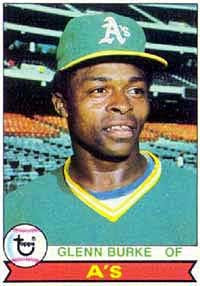 When news of his battle with AIDS became public knowledge in 1994, he received the support of his former teammates and the Oakland Athletics organization. In interviews given while he was fighting AIDS, he expressed little in the way of grudges, and only one big regret - that he never had the opportunity to pursue a second professional sports career in basketball.
Posted by Michael at 7:15 PM