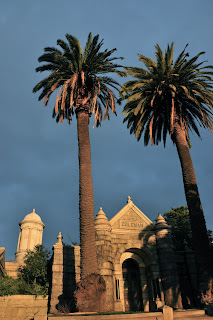 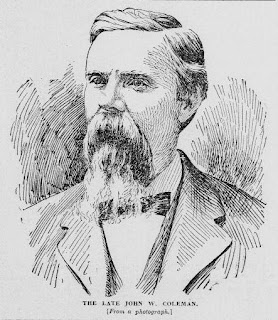 In 1860, he became the manager of the California State Telegraph Company. A year later, he married the former Julia Pearson, with whom he had two children, a son Harry and a daughter Jessie. The Colemans built a beautiful home in Oakland at 8th & Brush but also resided at 1822 Sacramento Street in San Francisco.

In 1865, along with his business partner Jesse Wall, he constructed a telegraph line from San Francisco to Salt Lake City. In 1872, he entered a partnership with Henry Williams in the firm James R. Keene & Company making a small fortune in mining interests.

He went on to purchase a controlling interest in the San Francisco and North Pacific Coast Railroad, becoming president and general manager. He sold his interest in the company to J.B. Stetson.

He served as President of the San Francisco Stock and Exchange Board and played a key role in the construction of its building and laid the cornerstone. He also served on a number of mining and bank boards and was a member of the Union Club in San Francisco.

Coleman, along with George McNear and J.E. McElrath founded the Oakland Consolidated Street Railway, the first electric railway system built in the Bay Area. In 1893, Francis M. Smith bought controlling interest in the company, as well as the Central Avenue Railway Company and consolidated them in what became the Key System.

According to the San Francisco Call newspaper he died in 1896 from a “stroke of paralysis.”
Posted by Michael at 8:37 PM