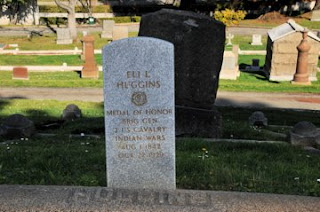 Entered Service in the US Army from Minnesota

Earned The Medal of Honor During the Indian Campaigns For heroism April 01, 1880 at O'Fallons Creek, MT

In early March 1887, a large band of Sioux crossed the border into Montana without warning. C Troop from Camp Stambaugh, Wyoming, and E Troop from Fort Sanders, Wyoming, were quickly dispatched into Montana. The Second Cavalry pursued the Sioux for over 150 miles, finally surprising their camp at O'Fallon's Creek, Montana. In fierce fighting, the cavalry killed many braves and killed or captured 46 horses.